The company supposedly behind BTC-e is probably a shell company.

A company registered in the UK has been linked to BTC-e, which was one of the earliest and one of the biggest cryptocurrency exchanges that at one point, held 3% of the global BTC exchange volume. BTC-e has been tagged by authorities after a huge chunk of the bitcoins stolen from Mt Gox in 2014 were tracked and found in accounts belonging to a man named Alexander Vinnik, before being moved to BTC-e’s wallets.

The company supposedly behind BTC-e, named Always Efficient LLP, is registered in an office in East London. But the office is shared with other companies suspected of money laundering and it is not clear who operates Always Efficient, which Transparency International policy director Duncan Hames believes is a shell company.

“People laundering money will set up a network of companies to create layers between the original crime and their attempts to then integrate the proceeds of their crime into the economy,” he said. “They simply enable a series of transactions to take place to create this distance and to obscure the trail of the proceeds of crime.”

While a background check did turn up a name, the man in the papers was a DJ in a Moscow club and seems to know nothing about the business. It is likely that, like most scam companies, the perpetrators behind the fake company used some random name.

Last year, the cryptocurrency world saw a major break in the case—which had been frozen in an air of investor frustration and fury since the infamous meltdown of 2014. WizSec, an independent team of volunteers investigating the Mt Gox heist released a report saying Alexander Vinnik, who had been arrested in July, has been on investigators’ sights for a while. Russian national Vinnik was arrested in Greece for running a large Bitcoin money laundering ring. And while WizSec and other investigators had already pinpointed him as the prime suspect to the Mt Gox fiasco, they chose to keep quiet and play the waiting game until authorities make the arrest, lest they tip suspects off and give them a chance to run away.

According to WizSec, the evidence points strongly to Vinnik: “Some of the funds moved to BTC-e seem to have moved straight to internal storage rather than customer deposit addresses, hinting at a relationship between Vinnik and BTC-e.”

Vinnik isn’t the only one being pursued by authorities in the Mt Gox fiasco. French national Mt Gox CEO Mark Karpeles himself is also facing charges of embezzlement and data manipulation. According to WizSec’s report, Karpeles doesn’t look all too innocent about the heist.

“After the coins entered Vinnik’s wallets, most were moved to BTC-e and presumably sold off or laundered (BTC-e money codes were a popular choice). In total some 300,000 BTC ended up on BTC-e, while other coins were deposited to other exchanges, including MtGox itself,” WizSec wrote. 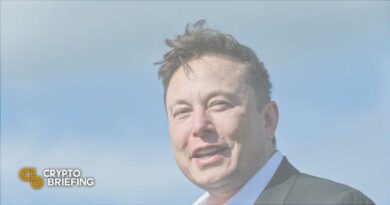 Elon Musk Is Now Officially "The Technoking" of Tesla