Several big hitters are backing PureStake to bring Moonbeam to the market.

PureStake, the blockchain development company building Moonbeam, has closed a $6 million funding round led by CoinFund.

The sum will be used for hiring, building integrations and developer tools, auditing, and growing a market in Asia ahead of Moonbeam’s launch later this year. Binance Labs, ParaFi, Coinbase Ventures, Fenbushi Capital, IOSG Ventures, and a host of venture capital firms all joined CoinFund in contributing to the round.

Jake Brukhman, CEO of CoinFund, shared his thoughts on Moonbeam’s place within the rapidly growing Polkadot ecosystem. He said:

“Moonbeam is setting the state of the art of Ethereum compatibility on Polkadot as well as developing a robust smart contracting facility in the new network. We are pleased to be able to support the Moonbeam team as they continue to make incredible technical progress in this space.”

Moonbeam is one of the most promising parachains forming in the Polkadot network. It runs on Parity’s Substrate infrastructure and is designed to read smart contracts in Solidity, the programming language used in Ethereum. Its compatibility with Ethereum means that it could allow developers to move their projects across two chains. It also has a bridge to Bitcoin.

PureStake is currently working on developing Moonbeam ahead of a mid-2021 launch. It’s expected to roll out in multiple phases: the testnet has already gone live, and the Moonriver parachain will be deployed on Kusama next. The Moonbeam network will then launch on Polkadot later this year.

Derek Yoo, who founded Moonbeam and acts as CEO at Purestake, detailed his plans to make the network a hub for DeFi and NFTs, two spaces that currently form a key part of the Ethereum ecosystem. He said:

“The partnerships forged in this round — which include some of the most well-respected names in the industry — will provide us with the capital, guidance, and global traction we need to launch the Moonbeam network and establish it as a center of DeFi, NFT, and other activity on Polkadot.”

Like Ethereum, Polkadot is one of many projects hoping to lay the foundations for what’s become known as Web3—a new iteration of the Internet on which value will be exchanged free from the control of centralized parties.

Of all the blockchain projects looking to build out Web3, Polkadot is arguably the best-positioned to catch up with Ethereum’s dominance over the market. Various promising projects are currently building on the network with hopes of achieving interoperability with other blockchains. Its market cap is around $33.8 billion.

Disclosure: At the time of writing, the author of this feature owned ETH and several other cryptocurrencies. They also had exposure to SUSHI and BAL in a cryptocurrency index. 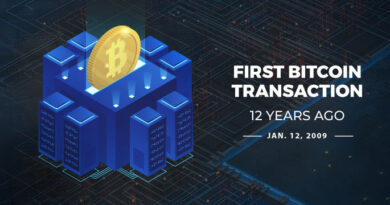 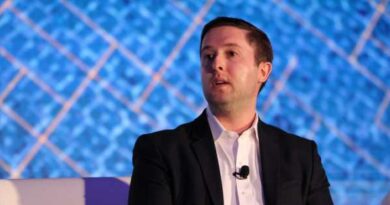