A 35% SOL price correction ahead?

On the three-day chart, SOL’s price has been painting a rising wedge, confirmed by two ascending, converging trendlines and falling trading volumes in parallel.

Rising wedges typically result in breakdown, resolving after the asset’s price break below the lower trendline. If the price follows the breakdown scenario, it could fall by as much as the maximum distance between the wedge’s upper and lower trendline.

SOL is far from a breakdown but trades within a falling wedge range, as shown in the chart below. The token eyes an immediate pullback from the wedge’s upper trendline with its interim downside target sitting at the lower trendline around $45.

It will risk falling toward $30 if the price breaks below the lower trendline while accompanying a rise in trading volumes. In other words, a 35% price drop by September.

Conversely, a bounce from the lower trendline could have SOL eye an immediate rebound toward the wedge’s apex point at around $53.50.

A decisive breakout above the upper trendline would invalidate the bearish reversal setup, if SOL rises to the 50-3D exponential moving average (50-3D EMA; the red wave) near $58.

Nevertheless, SOL rallied nearly 40% in August, mirroring other crypto assets that gained around 11% month-to-date on average.

A part of Solana’s gains also after its team quickly clarified that Slope, a Web3 wallet provider, was solely responsible for the $8 million exploit of crypto wallets, including Solana’s.

Similarly, Solana released its first “Validator Health Report” on Aug. 10 in response to accusations that its network is heavily centralized. It reported that Solana’s proof-of-history (PoH) blockchain has over 1,900 block-producing nodes worldwide.

Nearly 88% of those nodes are operated by independent entities, the report added. 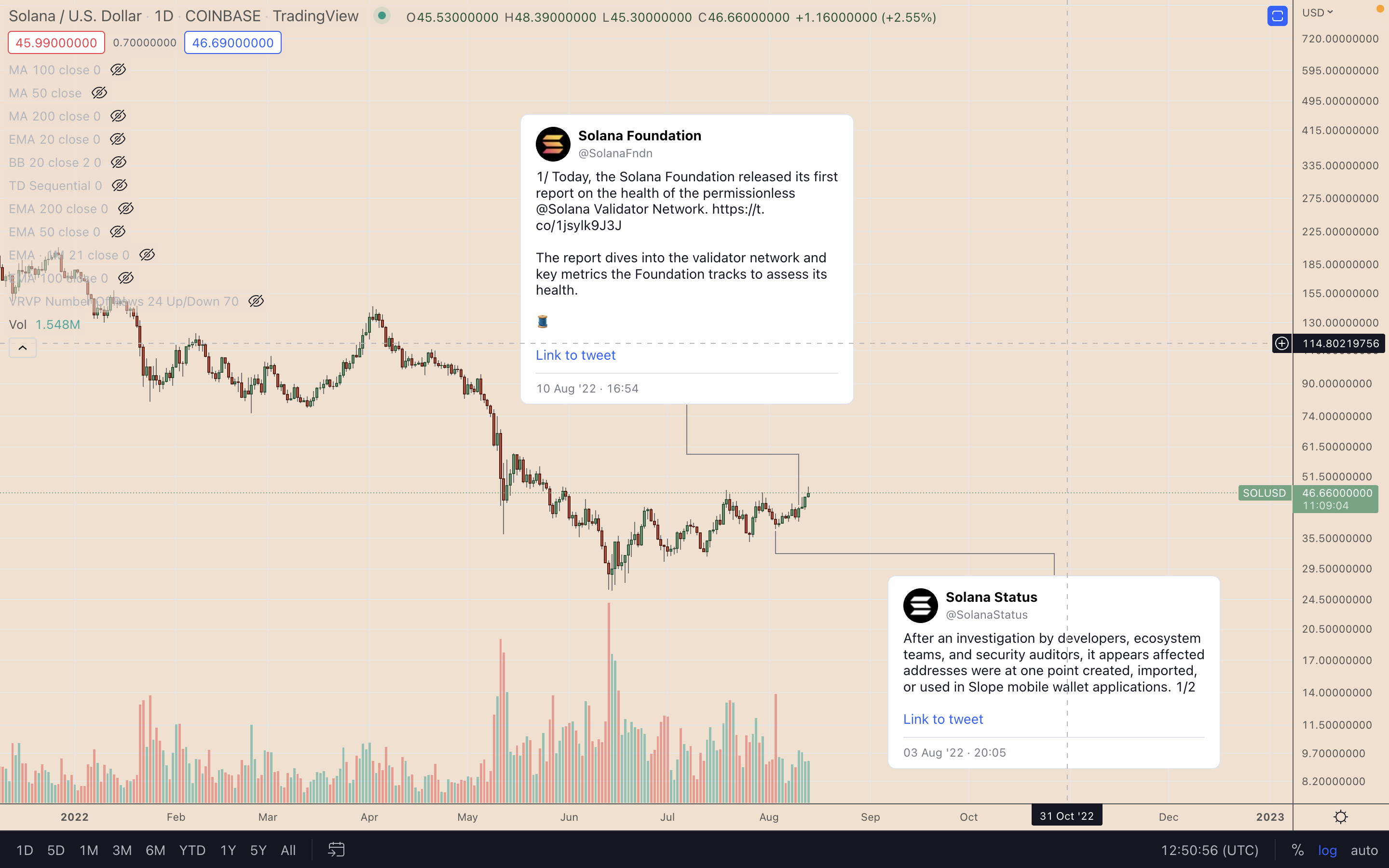 Additionally, in May, Solana developers focused on implementing the early stages of their Mainnet Beta v1.10 series, introducing QUIC and Quality of Service (QoS) packets by stake weight and fee prioritization to defend the network against potential outages.

Related: Is your SOL safe? What we know about the Solana hack | Find out now on The Market Report

“It appears that the network showed signs of stabilization post-v1.10 as lower transaction fees occurred and the daily transaction count reversed the trend between the middle of May and the end of June,” noted James Trautman, a researcher at Messari, in his Solana Q2 report. Solana’s transactions per second (TPS) also improved, from as low as ~700 during network outages to all-time highs above 3,000 after v1.10 began to roll out. Trautman added:

“If implementations of v1.10 and subsequent versions continue to drive stability along with successful ecosystem growth strategies, fundamentals will likely move in a positive direction, and network value may too.” 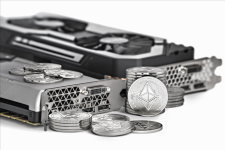 Deploy and manage your GPU Mining farm without pain!