About two weeks ago, Bitcoin Cash (BCH) got a little boost from the music world when rapper Lil Windex released a video about the cryptocurrency. The story is one of rags to riches, starting with the rapper’s time living on the streets cleaning car windshields for change, before he hit the big time after investing in Bitcoin Cash. He also talks down about legacy Bitcoin (BTC) and its supporters, at one point saying, “Hey, f— bitcoin core.”

The video has become somewhat of an Internet success, with two decidedly different camps—those that understand and enjoy the message, and those that blankly stare at it wondering how to recuperate the 3 minutes and 15 seconds they lost watching it. Love it or hate it, the video has garnered Lil Windex a lot of attention, and Business Insider recently was able to interview the rapper to discuss his thoughts on Bitcoin BCH and the whole cryptocurrency revolution.

When asked why Bitcoin Cash was better than the rest, Lil Windex told the news outlet that he believes in the principles behind the cryptocurrency. He added that having control over his money, as opposed to giving it up to the banks, was a huge benefit. One of the biggest advantages, though, is the ability to send money immediately from one wallet to another.

In the video, Lil Windex and an associate can be seen throwing around serious amounts of cash.  Business Insider asked the 25-year-old rap artist if this could potentially send a mixed message, since cryptocurrency is a digital currency with no tangible form. Lil Windex responded by saying that it’s a rap video so it has to have cash. He closed the topic by pointedly asking, “Are people confused when Bitcoin millionaires cash-in for fiat so they can buy [Lamborghinis]? I don’t think so. It’s called flexing.” Touché.

Closing out the interview, Lil Windex was asked about his comments in the rap talking down on Core group. His response spoke volumes:  “…Sounds like they’re being all weird about Bitcoin and censoring people for having opinions…Sounds lame, so if they’re doing that, then yeah, they’re a bunch of lames. Satoshi is a G. Respect your elders. RIKIKI!”

Huobi Clamps Down on Crypto Wash Trading After Bitwise Report 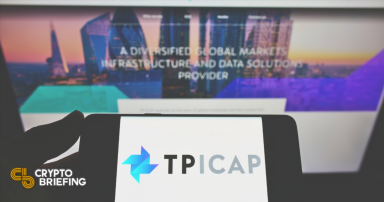