Known as “Visa B2B Connect,” the network is aimed at interbank transfers, allowing for direct settlement cross-border between businesses and beneficiaries. The network is reported to have launched with as many as 30 global payment markets established, with plans to roll out to a total 90 markets by the end of this year.

The platform has been developed on the Hyperledger framework, the open source DLT platform developed by a consortium of global companies under the guidance of the Linux Foundation. While not a blockchain platform in its own right, Visa B2B Connect relies on distributed ledger technologies to facilitate more effective payments.

According to an announcement from Visa, the technology relies on blockchain due to its superior capacity for handling transactions at scale, far beyond the functionality offered by any other payment technology.

The platform was developed in partnership with IBM, FIS and Bottomline Technologies. It comes as the latest blockchain play from Visa, after the firm recently announced it had partnered with messaging app LINE to explore new blockchain digital payment technologies.

It comes amid reports from analysts DataLight suggesting blockchain technology could replace existing payment systems and solutions within the next decade.

Visa is one of a number of mainstream financial companies to have increasingly backed blockchain technology, after initial reluctance from firms in the sector. In part as a result of suspicions around SegWitCoin BTC, and in particular the proliferation of BTC scams, global legacy payment companies like Visa have been reticent in their endorsement of cryptocurrencies. 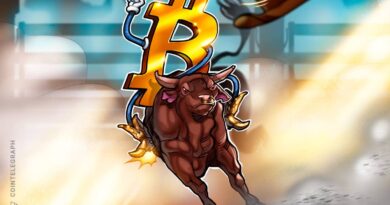 Tech Stocks on Bounce amid Waiting for Final Election…