Virgin Galactic Holdings Inc (NYSE: SPCE) stock was trading 2% up, around $17 during Monday’s premarket. Now it is 1.26% up, at $17.68. Although not a huge spike as observed previously in the stock market, SPCE stocks are set to continue rising and probably reach their all-time high if the market conditions prevail.

According to Cowen’s analyst Oliver Chen, the spaceflight services company is on the way to winning a”final luxury frontier.” As a result, Chen initiated coverage of Virgin Galactic with an outperform rating and stock price target of $22, which is 26% above Friday’s closing price of $17.46.

In a note to the clients, Chen stated:

“[Virgin Galactic] is uniquely positioned to benefit from the growing consumer interest toward luxury experiences, especially among high-net-worth individuals.”

“We believe a substantial growth opportunity lies ahead with the commercial spaceflight business, which already has [approximately] 600 reservations, and the development of high-speed point-to-point travel,” he added.

The bullish call comes despite the company’s operations having been severely affected by the ongoing coronavirus pandemic. With future prospects of a plausible boom in the space commercial flights, SPCE stocks are set to largely benefit.

At the time of publication, Virgin Galactic Holdings Inc had a market cap of approximately $4.09 billion, and 195.5 million outstanding shares.

With the less business demand and stiff competition from other companies like SpaceX that is live testing its space exploration projects in conjunction with NASA, SPCE share face a challenging time ahead before businesses fully reopen.

Basing the argument on technical analysis, SPCE shares are retesting a strong support rising channel that would possibly kickstart a new bull wave to reach ATH.

Virgin Galactic Holding Inc. is also involved in other programs meant to improve on its existing technology to give it a vantage point over its competitors.

Recently, it was revealed that engines being developed by Reaction and Rolls-Royce could be used in a supersonic business jet that was designed by Virgin Galactic.

According to the details of the project, The two companies want to build a commercially-available jet that can fly at three times the speed of sound carrying 9 to 19 people at 60,000 feet. 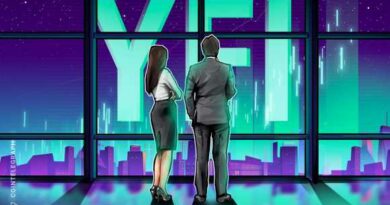 Bitcoin Has Been in a Bull Run Since 2019—and There's More to Come: Analyst