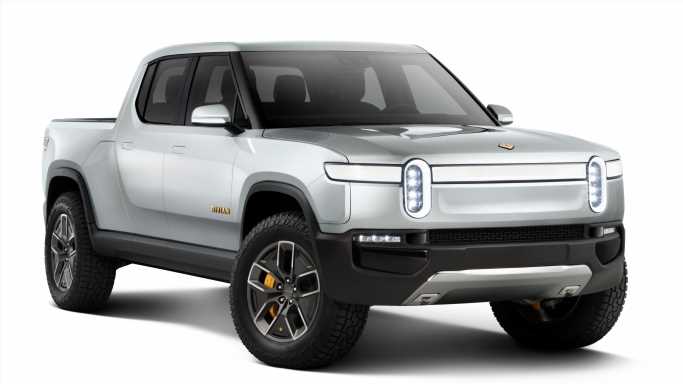 Through it all, analysts were looking but not talking. Monday, they began talking. The quiet period following an IPO ended, and more than a dozen brokerages weighed in with ratings and price targets on the stock. By a margin of more than 2 to 1, analysts rated the stock a Buy, and none has rated the shares a Sell. Here’s a look at how several see the company and the stock performing going forward.

Analysts at Goldman Sachs have initiated coverage of Rivian with a Neutral rating and a 12-month price target of $94. Calling Rivian’s R1T pickup an “attractive product” based on its hardware features, software ecosystem and charging capability, Goldman’s analysts nevertheless have some concerns.

First is the company’s ability to ramp up production. That is complicated by current snags in the global supply chain. The analysts also caution that Rivian’s vertical integration model is expensive and projects a cash burn of around $20 billion between the current quarter and the end of 2025.

Goldman bases its price target, the lowest of any announced Monday morning, on its estimated price-to-sales multiple of 11.5 over the next four quarters. The analysts do see unspecified upside over the next 12 to 18 months, if the company can execute its planned production ramp.

Analysts at JPMorgan have begun coverage of the stock with a Neutral rating and a price target of $104. They were also impressed that Rivian beat Tesla, Ford and GM to market with an all-electric pickup truck. The analysts like the company’s strategic partnerships, its simultaneous focus on both light trucks and commercial vehicles (those 100,000 Amazon delivery vans) and its strong capital base. JPMorgan’s analysts think that Rivian’s solid management team mitigates to some degree the execution risk of ramping production.

Analysts at Wells Fargo Securities also started coverage with an Equal Weight (Hold) rating but a higher price target than either Goldman Sachs or JPMorgan: $110. The firm points to a growing order list of more than 55,000 for the company’s yet-to-be-released R1S SUV, as well as market enthusiasm for the pickup.

Wells Fargo also noted the company’s software ecosystem, which it says will enable the company to profit from over its vehicles’ lifetimes. Rivian plans to launch its sport utility vehicle in January and deliver the first 300 of its delivery vans to Amazon before the end of the year. That’s a faster pace of model diversification than even Tesla. The risk, according to the analysts, is that the market is pricing in about 2.2 million vehicles in 10 years, a number on par with established global luxury vehicle makers.

August Auto Sales to Perk Up, but by How Much?

In post-repo squeeze twist, Fed may nudge up interest paid to banks