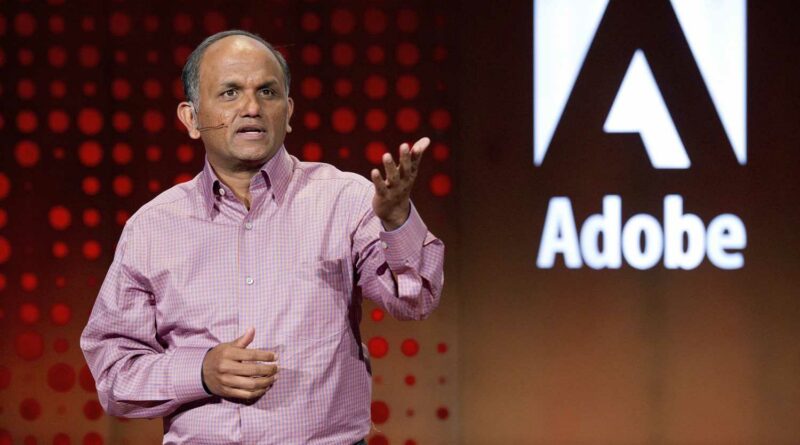 Adobe Chairman and CEO Shantanu Narayen on Thursday expressed confidence about the company's future, telling CNBC's Jim Cramer that the software maker's weaker-than-expected forward guidance does not signal problems for its business.

Narayen's comments on "Mad Money" came shortly after Adobe shares tumbled 10.2% in Thursday's session, as investors responded negatively to the company's financial projections for its fiscal 2022 first quarter and the full year.

The U.S. dollar has been strengthening against a basket of foreign currencies for months, which can have an outsized impact on companies that do a large percentage of business overseas. According to FactSet estimates, the U.S. accounts for a little more than 52% of Adobe's revenue.

Adobe projects revenue of $4.23 billion for its fiscal first quarter, which runs through February 2022. Wall Street analysts had estimated $4.34 billion in Q1 revenue, according to Refinitiv. Adobe forecast full-year revenue to be $17.9 billion, lighter than the $18.16 billion analysts expected.

Narayen also said Adobe investors should keep in mind that the company's first quarter is 13 weeks this year, down from 14 weeks in fiscal 2021. Overall, Adobe is returning to a 52-week fiscal year after its 2021 calendar had an additional week.

"When you do the quarterly compares, you have to remember it's 14 weeks versus 13 weeks and, as I mentioned earlier, there's a little bit of foreign exchange and maybe we could have explained that [better], as well as … the lapping of an acquisition," Narayen said.

After considering those variables and looking at the continued digitization of society, Narayen said he likes where Adobe is at. In addition to its well-known Creative Cloud programs like Photoshop, Adobe also is behind a range of marketing and e-commerce tools.

"Digital, it's going to change everything that we know about how we live today whether it's work, whether it's entertainment, whether it's play," he said. "All three of our businesses are actually at the sweet spot of what's going to happen in this particular space."

Sign up now for the CNBC Investing Club to follow Jim Cramer's every move in the market.