Bezos and the advocacy group Global Optimism revealed the “Climate Pledge” at an event Thursday in the nation’s capital, with Bezos saying that Amazon is the first to sign the wide-ranging pledge that calls on corporations to bring their carbon emissions to net zero by 2040. This is ten years ahead of the international Paris Agreement’s goal of 2050. 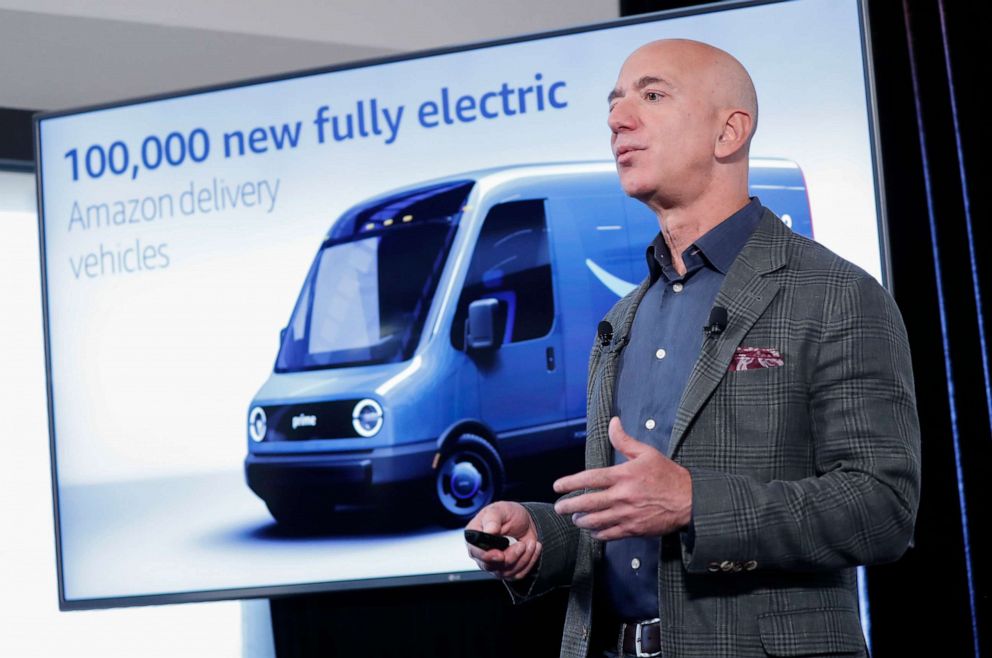 The Amazon founder said that if they can meet the Paris Agreement early, any company can.

“We’re done being in the middle of the herd on this issue — we’ve decided to use our size and scale to make a difference,” Bezos said in a statement. “If a company with as much physical infrastructure as Amazon — which delivers more than 10 billion items a year — can meet the Paris Agreement 10 years early, then any company can.”

Bezos also committed to switching to 100% renewable energy by 2030 and a $100 million investment in reforestation projects around the world.

As part of the announcement, Amazon also announced that it had ordered 100,000 electric delivery vehicles which will all hit the roads by 2030 — a step it said will save 4 million metric tons of carbon per year and constitutes the largest order of electric vehicles ever.

The Climate Pledge shows a response from corporations to the growing threat of climate change, even though the U.S. government has withdrawn from the international climate agreement, the Paris Agreement, under the Trump Administration.

Bezos added in a statement that he has been “talking with other CEOs of global companies, and I’m finding a lot of interest in joining the pledge.”

Signing the climate pledge “will send an important signal to the market that it’s time to invest in the products and services the signatories will need to meet their commitments.”

“With this step, Amazon also helps many other companies to accelerate their own decarbonization,” she said in a statement. “If Amazon can set ambitious goals like this and make significant changes at their scale, we think many more companies should be able to do the same and will accept the challenge. We are excited to have others join.”

$100 Million Wiped From BitMEX as Bitcoin Dives $1,500 in Three Minutes

Bitcoin Just Saw Its Biggest Breakout Ever, and That Means $10k Is Just the Start
Crypto