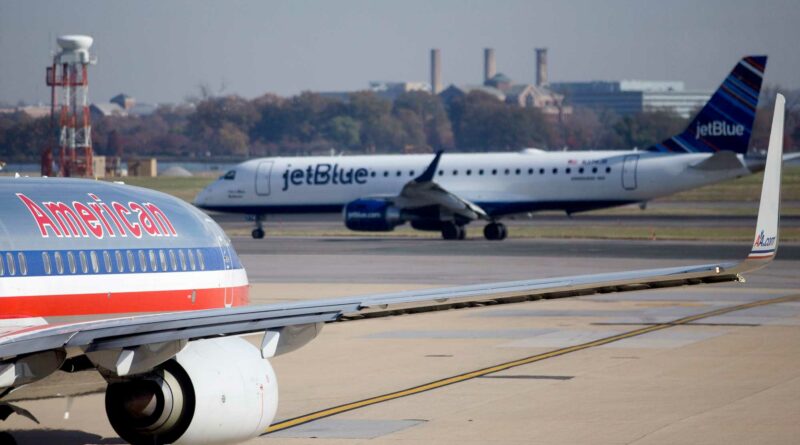 The carriers are moving forward with the agreement as the U.S. Justice Department and attorneys general in Massachusetts and New York are investigating the tie-up, according to an American Airlines securities filing.

The airlines agreed to divest some slots at New York's John F. Kennedy International Airport and Ronald Reagan Washington National Airport and will refrain from coordination on some routes, following a Department of Transportation review.

Under the agreement so far, Fort Worth, Texas-based American and New York-based JetBlue have started jointly selling seats on almost 75 routes from New York and Boston, a practice known as code sharing.

The two carriers, who are trying to fend off competition from other carriers in the region like United Airlines and Delta Air Lines will add a combined 33 new domestic and international routes.

The airlines later expect to expand the partnership to earn and burn benefits for each other's frequent flyer programs.

JetBlue's pilots on Tuesday rejected an agreement to provide contract relief to the carrier to implement the full American Airlines partnership.

"Job security, especially during turbulent points in our industry, is a main concern of every pilot," said Capt. Chris Kenney, chairman of the Air Line Pilots Association's JetBlue chapter, said in a statement.

The union said it wants to work with the airline on a resolution.

The Allied Pilots Association, which represents American Airlines' pilots, said it is reviewing the issue and that "it would be very disturbing to us if it is determined that American management is planning to engage in codesharing on routes that violate another pilot union's contract."