Home » Business » As climate change policy takes shape, will the U.S. ever put a price on carbon? 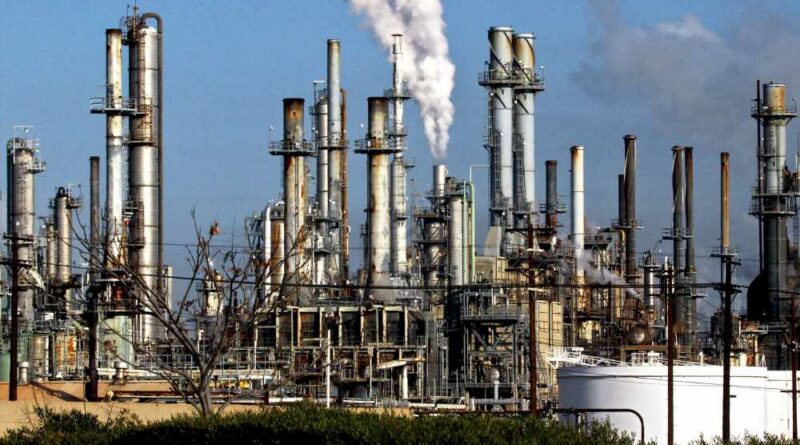 The world needs to reduce carbon levels, and one way is through a carbon tax, a strategy the U.S. has been debating for decades.

With urgent calls to lower greenhouse gas emissions globally, putting a price on carbon was one of the major points of discussion among world leaders at the COP26 conference in Glasgow earlier this month. Consensus on a global carbon price is growing, according to Lord Greg Barker, executive chairman at EN+ and co-chair of the Carbon Pricing Leadership Coalition.

"We need countries to come together to agree on international standards in order to make that big shift to the low carbon economy," Barker told CNBC in an interview from COP26 last week. "It would be much better for the world if there was a common carbon price."

As of now, Barker says there are 69 countries with a carbon price ranging from $1 to $139 per metric ton. The U.S. is not one of them.

Barker told CNBC most economists agree that carbon pricing is the most effective tool there is to transition to a low carbon economy. Carbon pricing shifts the liability for the consequences of climate change to the polluters who are responsible, according to the World Bank.

The Biden administration has outlined $555 billion in spending to confront climate change, though the plan does not address carbon pricing. The bill does include a proposed methane fee incentivizing oil and gas companies to reduce their methane emissions.

A policy to apply a carbon tax was considered as a "plan B" during negotiations over the current climate package, according to the New York Times, after Biden's clean electricity program was cut from the spending bill last month.

If the U.S. administration can't get behind the rest of the world on carbon pricing, there are other ways to follow through with the initiative, says Barker, such as regulations, taxes, and emissions trading.

The U.S. has considered carbon import fees and emissions trading that would apply to carbon-intensive products imported to the country. "But carbon import fees only make sense if you have some kind of domestic U.S. carbon policy," says Richard Newell, president of Resources for the Future, a nonpartisan energy and environment research organization.

He thinks a price on carbon ultimately is achievable as part of U.S. policy as the world grapples with the seriousness of climate change and turns more to financial incentives to reach a low-carbon ecosystem that supports the entire economy.

The Biden administration has a government-wide plan addressing how climate change could affect all sectors of the U.S. economy. The plan was part of a larger agenda to eliminate greenhouse gas emissions in half by 2030 and transition to a net-zero emissions economy.

"There is also going to be a desire to raise revenue to deal with climate change, and for other public purposes, and carbon pricing does all those things," Newell said. He added that while an economy-wide carbon fee would be the best solution, the administration could start by applying carbon fees to individual sectors.

As the U.S. decarbonizes areas like the power sector and automotive sector, Newell says pressure on government regulation will intensify. "There will be an increasing recognition that to really decarbonize the economy, across all sectors, there is going to be a need for some comprehensive policies," he said.

"There has been a significant shift across the country in terms of the seriousness with which people and legislators are confronting climate change," Newell said. "And that will continue to build beyond the focus on particular sectors."

The debate over a carbon pricing mechanism right now takes place at a time of rising concerns about inflation and prices at the gas pump that have led to discussions about whether the government should tap the Strategic Petroleum Reserve. The methane fee sparked a debate with some worrying that raising the price of methane would increase electric and heating costs for individual consumers.

Fears of rising prices for low-income households and increasing costs for businesses will need to be considered.

"If politicians are smart and anticipate that they need to compensate, say families that might see their bills go up as a result of a carbon price, you can drive [carbon pricing] through," Barker said.

"Nothing would do more to accelerate innovation and invest all citizens in a clean energy future than an economy-wide carbon fee, with corresponding dividends for the American people," Carroll said.

Increasing carbon pricing could be done by taxing greenhouse-gas intensive goods and services, like gasoline, or by taxing carbon emitters individually. The Climate Leadership Council is among groups advocating for pricing carbon-intensive goods as part of a U.S. climate plan, "because it will go further, faster than any other single climate policy intervention," says Carroll, "while also driving innovation throughout the economy and making families better off financially."

Historically, there has been some bipartisan support for a carbon tax. The first carbon pricing proposal was introduced in 1990, and there have been several other propositions since. Though none have passed, Newell said the most recent carbon pricing proposal in Biden's social safety and climate plan piqued the interest of Congress far more than anticipated.

The carbon tax proposed as part of the Build Back Better plan would impose a $20 fee per metric ton of carbon.

"I would say there was a surprisingly strong interest in a carbon fee as part of the ongoing budget reconciliation process," Newell said.

But Mindy Lubber, CEO of sustainability investment organization Ceres, told CNBC earlier this year that while a carbon tax is one way to prevent the U.S. from being locked into a fossil fuels economy and spur the development of new energy and transportation systems, it has proven controversial in the past, and is a complicated policy tool, making it harder for all sides to reach agreement on, especially in a Senate where the votes are so tight.

A carbon tax could be closer than some people think, says Flannery Winchester, spokeswoman for the progressive Citizens Climate Lobby. "It has gone from a hopeful idea to one that is on the verge of becoming a reality," she said.

The White House and 49 senators were on board with a carbon tax, but not the key vote from West Virginia Democratic Senator Joe Manchin.

"But there is clearly a lot more consensus than there's ever been that this policy is effective for meeting America's climate goals," Winchester said. 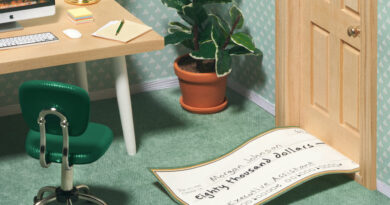 Sometimes the Grass Really Is Greener at Another Job

Deutsche Bank restructuring to cost up to $5.6 billion: source

France's Carrefour teams up with Uber Eats for lockdown deliveries