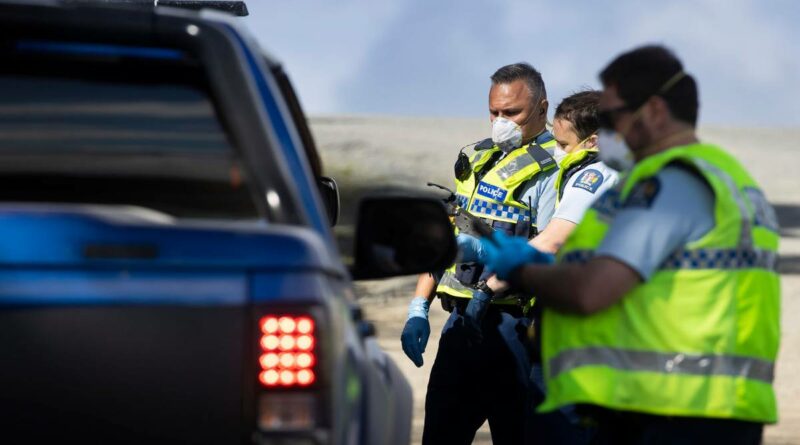 COVID LATEST:
* $36m of MIQ bills not issued due to ‘incomplete or inaccurate’ data
* Fully vaccinated cases now only have to isolate for 10 days
* ‘A disaster waiting to happen’: Four ICU beds for population of 116,000
* Revealed: Extreme efforts to keep rival gang members in MIQ apart
* No jab, but paid special leave for up to a month
* Principals brace themselves as vaccine mandate kicks in

Aucklanders could be locked in by alert level borders for the next month before travel restrictions are eased in time for Christmas, the Herald understands.

Prime Minister Jacinda Ardern yesterday said a decision on Auckland boundaries will be made tomorrow, a decision that will put the city into the traffic light system very soon after a review of vaccination rates on November 29.

The Herald understands the rest of New Zealand could follow a week to 10 days later, by mid-December, and Auckland’s boundaries would reopen soon after that, also by the middle of next month.

While there would still be some policing of those boundaries, it would be a soft boundary with spot checks, rather than checkpoints where every car is vetted.

But stronger boundaries are still possible for some regions – such as Northland – to check vaccination status or test results if vaccination rates stay low.

Cabinet has agreed to move Waikato to alert level 2 from 11.59 tonight, and the rollout of booster vaccination shots will start from November 29.

Prime Minister Jacinda Ardern confirmed it was now likely the rest of New Zealand would move to the traffic light system even before all DHB regions hit the 90 per cent fully-vaccinated milestone.

That was because public health advice was that the new system was safer than level 2 of the old alert level system, because it took into account vaccination status.

Asked yesterday if summer travel would be restricted in regions with low vaccination rates such as Northland and Tairawhiti, Ardern said hard boundaries were impractical in some places because of the number of roads in and out.

That indicated soft boundaries were more likely to operate around those areas, as was the case in Waikato when it was at alert level 3.

That involved spot checks rather than checkpoints.

The Government confirmed yesterday that booster vaccination shots will start from November 29, when anyone aged 18 and over who got vaccinated more than six months ago will be eligible.

The booster shots would be free and available for anybody in New Zealand, whether or not they were first vaccinated here or overseas.

They would be available at vaccination clinics, pharmacies and GPs, and could also be booked through the online Book My Vaccine website

Public health expert Professor Nick Wilson welcomed the booster shot announcement but said he would have preferred a stronger approach in controlling the Waikato outbreak.

“In a way, the outbreak is not really under control in the Waikato. We have seen spread from the Waikato to other regions,” he said.

Wilson said he was still concerned about the virus seeping down the country.

“I think the Government hasn’t really been strong enough in protecting the areas outside of Auckland to give more time for vaccination levels to increase,” he said.

Wilson said he was pleased to see the Government moving so quickly on rolling out Covid boosters.

“The booster is likely to be very worthwhile.”

But he said it was important for people receiving their booster shots next April, May and June to also get the flu vaccine.

“There are growing concerns that because the Covid pandemic meant the season of influenza has been suppressed effectively, quite a few people are worried that there will be a bounce-back in flu next winter.”

If both could be delivered to a person on the same day, that would save individuals and the Government time and money, Baker said.

The National Party said yesterday’s announcements showed the Government was making its Covid response up on the fly, randomly and publicly pondering changes to the traffic light framework.

“Strangely, today we have the new advice that actually, the traffic light system is more robust than the alert level system, so we should move to it early,” National leader Judith Collins said.

“I get daily emails from border workers, doctors, nurses and older New Zealanders who are worried about their Pfizer vaccine effectiveness waning,” Bishop said.

“New Zealand started the vaccine rollout in February, so many frontline border workers are already beyond the six-month point for their second dose.

She said the elderly and people with compromised immune systems would benefit from boosters.

Speaking to TVNZ’s Breakfast this morning, she said it was not as if those who had been got their second Covid shot six months ago suddenly became vulnerable.

“Six months isn’t a time where you suddenly magically can’t fight this disease off.

“Six months is a time where your circulating anti-bodies have kind of waned – but you’ve got a lot more in your artillery available to be able to fight that off, which is why people aren’t really getting very sick once they get out past six months.

She said they are more likely to get infected, however, so that was why a booster shot would be effective.

“That boosts what you’ve already developed well beyond…that point you peaked out after your second shot.

“You’re going to be better off after your booster than you were after your second dose.

Auckland mayor Phil Goff said he was really pleased with the good progress they were making with vaccination numbers and believed the border could be open in early December.

The Prime Minister has said the bottom line for her is Aucklanders could travel over summer and Goff was really looking forward to that as he had two grandchildren in the Waikato, he told The AM Show.

Goff acknowledged it was tough as they opened the border up to Aucklanders “and guess what, they take Covid with them”.

“You just cannot keep a third of your country locked down forever.” He said businesses out there such as hospitality were “just on the edge” and while the country needed to open up, it had be done safely. Ireland had lost 5000 people and a lot more had suffered long Covid.

Goff said the government wasn’t there trying to punish us – it was trying to say what’s the balance of trying to keep people safe and giving us back the freedoms we are all keen on. “I think that balance will be that by early December we will be able to travel.”

To slow the spread of Covid, he thought officials might look at spot checks might be and those who were not double vaccinated or produced a negative test could face a hefty fine.

Goff said it had been tough on a whole lot of people and his thoughts were with people who weren’t able to work or had not been able to attend weddings or funerals.

He said they had tried and failed to stamp Delta out so the alternative was to live with it safely by getting vaccinated and following the protocols.

The big concern he had was having the health system overwhelmed.

“We’ve got 90 people in hospital at the moment, maybe 10 or so in ICU – we are coping with that but if that number were to double or treble, then it puts really pressure on our system and not just for those who have Covid, but those who are displaced who would otherwise be getting hospital care and operations that can’t get it.

“So that’s the fine balancing act. Keeping us safe, stopping our hospitals from being overwhelmed, but giving us our freedoms back because you can’t lock us down forever.”

The booster and Waikato announcements were aired during Ardern’s 4pm post-Cabinet briefing yesterday.

The briefing came as the Delta outbreak crept through the lower North Island over the weekend.

The Ministry of Health reported 173 new Covid-19 cases in the community. The vast majority of new cases were in Auckland, but seven were in Waikato.

Of the Waikato cases, three were from Ōtorohanga, two from Hamilton, one from Kawhia, and one from Huntly.

Two new cases were reported in Northland, one in Lakes district – the area in and around Rotorua – and there was also a new case in Wairarapa. 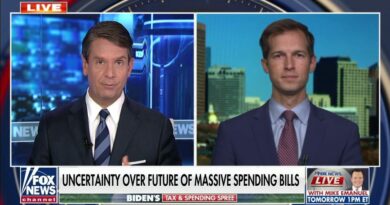 Republicans politicize inflation while Dem work to fix it. Let's tackle this together 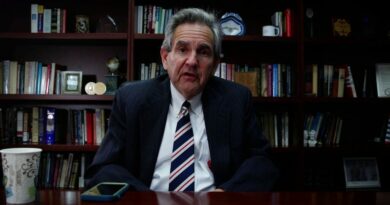 Robert Kaufman: The mob that canceled Junipero Serra will soon devour everyone