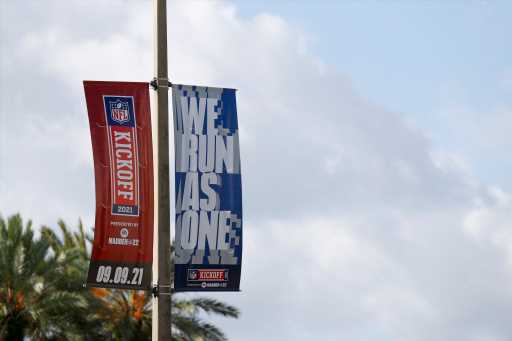 With its regular season set to start tonight, the NFL has announced two business partnerships: a 10-year renewal with Verizon and an agreement with airport network provider ReachTV.

The Verizon deal will expand on previous efforts to widen the deployment of 5G technology. The telco’s 5G Ultra Wideband will be featured in parts of 25 NFL stadiums and over the next 10 years the plan is for it to have an impact on management, scouting, training, health and safety and game day operations.

“The NFL has embraced innovation for decades to bring fans closer to the game, from instant replay technology to outfitting players with microphones,” Verizon CEO Hans Vestberg said. “Our longstanding relationship, and swift delivery of 5G connectivity in 25 stadiums, has created new ways to bring fans even closer to the action.”

Over the past decade, NFL Commissioner Roger Goodell said, “Verizon has been one of our key technology partners.” In the years to come, he added, “Verizon will help us capitalize on the promise of 5G technology, paving the way for the future of the game and delivering incredible experiences for millions of NFL fans.”

ReachTV and the NFL, meanwhile, have set a multi-year licensing pact that will see games air on more than 2,500 of ReachTV’s owned-and-operated screens in more than 85 U.S. airports. The deal covers the regular season, the playoffs and the Super Bowl. It is the first live sports offering on ReachTV, which is the largest U.S. TV network.

While airport TV viewing is just a fraction of the total tune-in for the NFL and other programming suppliers, out-of-home viewing is increasingly important to advertisers. Technological advances have enabled screens to be put in places like banks, gyms and gas stations, in addition to longstanding venues like hotels, restaurants and bars.

ReachTV says the NFL arrangement will let the league use its research and data from airport screens. That will enable geo-targeted game programming based on travelers’ interests, destination and viewing habits, the company said.

Using our ReachTV broadcast technology, we can ensure that travelers on the way from Philadelphia are able to see the Eagles or from Minneapolis can watch the Vikings while they wait for their flight,” ReachTV founder and CEO Lynnwood Bibben said.

The defending Super Bowl champion Tampa Bay Buccaneers host the Dallas Cowboys in tonight’s opener, which will be broadcast by NBC. The 2021 season will feature an extra game, with the NFL and its players agreeing to add one to the regular season, which will now have 17 games.

How AOC stays productive and positive: 'I'm always trying to do less'