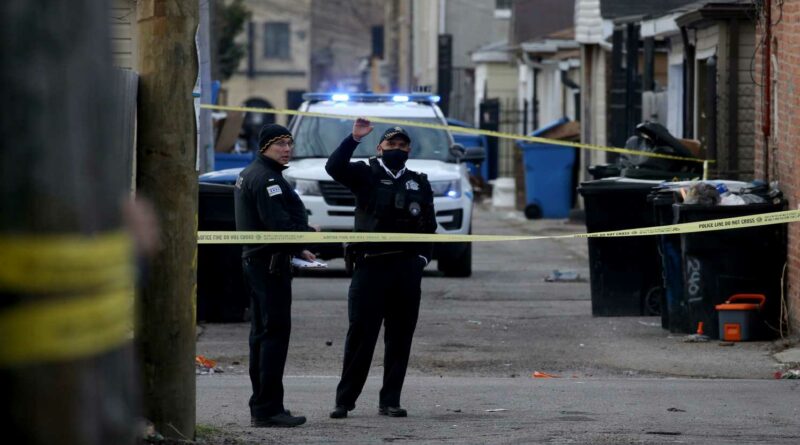 Police work at the scene of a fatal shooting of a 13-year-old boy by a Chicago Police officer on Monday, March 29, 2021 in Chicago. (Photo: Antonio Perez, AP)

The family of a 13-year-old boy fatally shot by a Chicago police officer is asking for calm amid reports that gang factions in the city have been instructed to retaliate by shooting at unmarked police cars.

Adam Toledo, who dreamed of becoming a police officer, was killed after police chased him into an alley a week ago. Tensions remain high across the city as the Civilian Office of Police Accountability – COPA – prepares to release what it termed “troubling video footage” of the shooting.

Police have issued an “officer safety alert” alleging that the Narcotics Division had received information about the retaliation.

“This report, if true, is extremely disturbing,” Adeena Weiss Ortiz, who represents the Toledo family, said in a statement. “Let me be perfectly clear, the Toledo family condemns violence against police and all other members of the community.”

“No one has anything to gain by inciting violence,” she said in the statement. “Adam was a sweet and loving boy. He would not want anyone else to be injured or die in his name.”

Police say officers were dispatched to a largely Latino neighborhood in the city’s West Side on March 29 after the department’s ShotSpotter technology detected the sound of gunfire. When they arrived, Adam and a 21-year-old man fled.

There was an “armed confrontation” during which the officer shot Adam once in the chest, police said. He died at the scene. The 21-year-old man was arrested on a misdemeanor charge of resisting arrest.

Police said investigators recovered a gun near the shooting scene, but the department hasn’t said whether the teen fired it or was holding it. The officer, whose identity has not yet been released, was placed on administrative leave.

COPA initially said it was prohibited from releasing the video because Adam is a minor. But the agency changed course on Friday, saying state law “does not bar publication of the body worn and third-party video camera footage the agency has obtained.”

‘My heart is crushed’: Estranged wife of California shooting suspect says family has been threatened

The city has a troubled history of trying to suppress video, including in the 2014 killing of 17-year-old Laquan McDonald. The officer who shot the Black teenager 16 times eventually was convicted of murder.

“The split-second decision to use deadly force is extremely difficult for any officer and is always a heavy burden to bear for officers involved in fatal shooting incidents,” Brown said.

City policy requires public posting of material no later than 60 days after the incident, but COPA said it would release the video shortly after the Toledo family has a chance to view it.

The Fraternal Order of Police in Chicago said video evidence would show the shooting was justified.

“The officer was absolutely shaken by the circumstances of which happened that night because a life was taken,” union president John Catanzara said in a video statement. “But it was justified. The offender was fleeing from the police with a weapon. It’s irregardless that he was 13 years old.”

A GoFundMe page has raised almost $50,000 for the family.

“Adam had many dreams that he will never get to live out,” Elizabeth Toledo wrote on the page. “Ironically one of his dreams was to become a police officer.”

It Looks Like Aladdin May Have Actually Been a Real Person 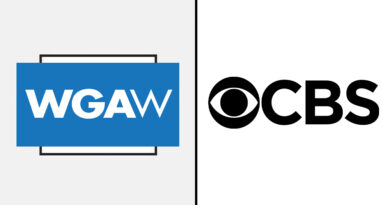 WGA West Reaches $3.4 Million Residuals Settlement With CBS Over Reuse Of Its Shows For Streaming Service