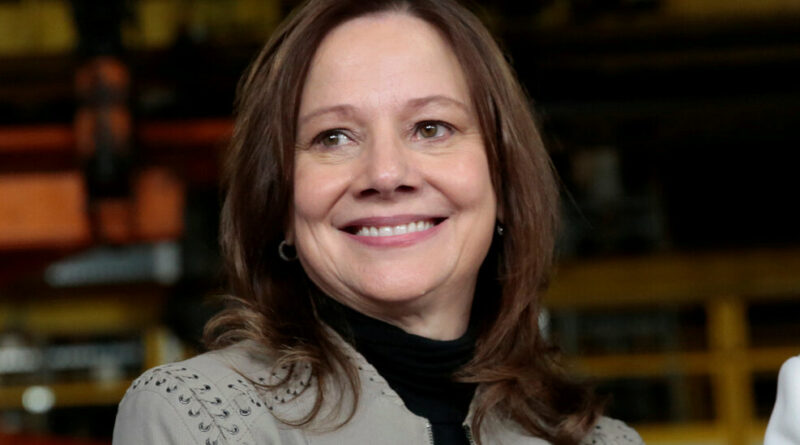 Despite a pandemic that shuttered auto factories for nearly two months and sent car sales tumbling, General Motors made more than $6 billion last year, one of its highest profit totals ever.

The automaker is going to need every penny and more for years to come to meet its lofty ambition of an all-electric model lineup in about 15 years.

Last month G.M. said it hoped to end production of petroleum-powered cars and trucks by 2035. It has also set interim targets of introducing 30 new electric cars and trucks in the next four years, and selling a million of them a year in the United States and a million more in China by 2025 — all at a time when electric vehicles still make up a little more than 4 percent of global auto sales.

The price tag is steep: G.M. plans to spend $27 billion on electric and autonomous cars by 2025, and more than $7 billion just this year.

To make that math work, the company needs to squeeze as much profit as it can out of its pickup trucks and sport-utility vehicles. In other words, the gas guzzlers of today will foot the bill for the electric cars of tomorrow.

“When you look at our internal combustion business, we are well positioned and that puts us in a place where we can be investing more in electric vehicles and autonomous vehicles,” G.M.’s chief executive, Mary T. Barra, said in a conference call on Wednesday. “We think we can grow as we make this transition.”

G.M. earned $6.4 billion in 2020, down from $6.7 billion a year earlier, as brisk sales of pickup trucks and S.U.V.s in the second half of the year offset the damage from the pandemic in the spring. Revenue declined 11 percent, to $122 billion.

The first of G.M.’s new electric vehicles will be introduced next week — an updated version of its Chevrolet Bolt compact hatchback and a roomier version called the Bolt E.U.V., or electric utility vehicle. An electric Hummer pickup and an electric Cadillac S.U.V. are to follow later this year and in 2022.

The current Bolt has been on the market for several years, but sales have been tepid, especially while Tesla, the maker of luxury electric cars, pushed its global sales total for 2020 to 500,000 vehicles. Last year G.M. sold fewer than 21,000 Bolts in the United States. The company also sells electric cars in China.

For now, analysts are confident G.M. can keep ringing up substantial profits because of the popularity of its gas-powered trucks and S.U.V.s.

But the auto industry has always been a cyclical business. It was not that long ago when G.M. sought bankruptcy protection and received a federal bailout during the Great Recession under former President Barack Obama.

A new challenge has already emerged. A dire shortage of computer chips has disrupted production at auto plants around the world and is expected to last well into this year. G.M. this week said it was extending what was supposed to be a weeklong shutdown at three North American factories into the middle of March because of the shortage.

On Wednesday, the company said the paucity of chips would lower its operating profit this year by $1.5 billon to $2 billion.

Computer chips are needed for features like touch screens, engine controls and transmissions. New cars can have dozens of semiconductors.

Let Us Help You Better Understand the Coronavirus