Asian stocks ended broadly lower on Tuesday after Apple Inc warned it was unlikely to meet a sales target set just three weeks ago and reports suggested the Trump administration may force global chipmakers using American-made equipment to obtain licenses before supplying their chips to Huawei.

It was also said that Washington is considering blocking exports of jet engines made by General Electric Co., which could limit China’s efforts to develop its own passenger jets.

Australian markets edged lower, with technology stocks falling heavily after Apple Inc flagged a revenue miss amid weakening demand and production in China from the coronavirus outbreak, which has so far killed more than 1,800 people in the country.

Shares of Altium slumped 7.9 percent after the design software company warned that its revenue for the full year will be at the lower end of its guidance range due to the impact of the coronavirus in China. Appen lost 4.2 percent.

Ansell shares tumbled almost 3 percent. The surgical gloves and protective clothing group said overall the coronavirus would have a mixed impact on it and “a minimal net impact” on annual results.

BHP Group edged up 0.8 percent as the miner reported a 39 percent jump in its half-year profit. Rival Rio Tinto gained half a percent and Fortescue Metals Group climbed 1.3 percent.

Seven West Media plunged more than 21 percent after the media firm reported a first-half statutory loss on lower revenues and said it will not pay an interim dividend.

The Aussie dollar has turned lower after the Reserve Bank of Australia revealed in the minutes from its rate decision last meeting that “a further reduction in interest rates could encourage additional borrowing at a time when there was already a strong upswing in the housing market amid rising house prices.”

Seoul stocks fell sharply after reports suggested that the Trump administration is considering new restrictions on exports of cutting-edge technology to China in a move targeting Huawei Technologies Co., China’s largest smartphone maker. The Kospi index tumbled 33.29 points, or 1.48 percent, to close at 2,208.88.

New Zealand shares hit a record high after a report from the Chinese Center for Disease Control and Prevention said more than 80 percent of the novel coronavirus disease have been mild and new ones seem to be falling since early this month. The benchmark NZX 50 index rose 61.86 points, or 0.52 percent, to 11,935.84. 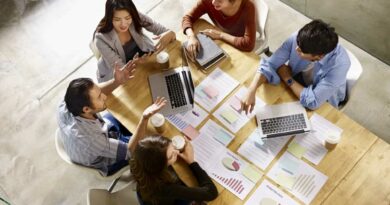