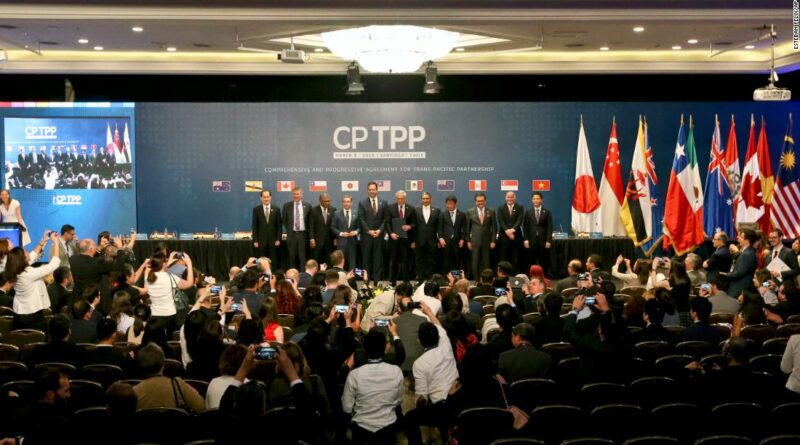 New Delhi (CNN Business)China has applied to join a major Asia-Pacific trade partnership that the United States ditched several years ago, as the world’s second largest economy tries to bolster its relationships in the region.

Chinese Commerce Minister Wang Wentao applied for membership in the Comprehensive and Progressive Agreement for Trans-Pacific Partnership (CPTPP), according to a statement published by the ministry late Thursday.
The CPTPP is an 11-country free trade pact that came into force in December 2018 and includes Mexico, Australia, Canada and Singapore. It succeeded the Trans-Pacific Partnership (TPP) after the United States withdrew under former President Donald Trump in 2017.

The TPP was negotiated under former US President Barack Obama, who wanted to counterbalance China’s growing clout in the region by imposing US-backed labor, environmental and patent protections.

Obama wanted the deal to be a major part of his legacy, but his successor, Trump, withdrew the United States from the partnership in 2017. Chinese leaders began angling to take its place almost immediately.

US President Joe Biden backed the TPP during his time serving as Obama’s vice president. But his stance has shifted over the years: While running for president in 2019, Biden said he would “not rejoin the TPP as it was initially put forward.”
“I would insist that we renegotiate pieces of that,” Biden said at a presidential debate during the Democratic primary.
Chinese officials on Friday boosted the idea of involvement with the CPTPP. Foreign ministry spokesman Zhao Lijian called it “conducive to promoting regional economic integration in the Asia-Pacific region, as well as the economic recovery, trade development and investment growth after the pandemic,” at a press conference.
The agreement cuts tariffs among participants, standardizes regulations in areas such as food safety and determines levels of market access for goods and services, such as visa rules for business travelers, which can vary between members.
But the path forward may not be easy for China, particularly since relations between the country and CPTPP member nation Australia have been worsening.
In recent years, Australian Prime Minister Scott Morrison has moved to embrace the United States more closely as a security partner, building a personal relationship with Trump and attempting to do with same with his successor, Biden. 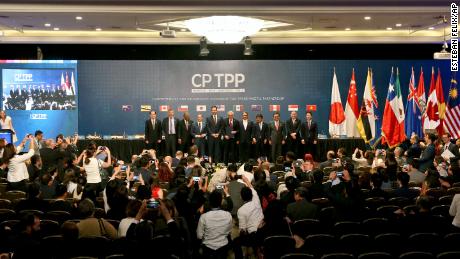 China’s official application comes just a day after Canberra signed a security deal with the United States and the United Kingdom called AUKUS.
Australian coal, wine, barley and beef have all already been affected by trade tensions with China, and experts say that defense deal has antagonized Beijing further.
“China probably won’t get into CPTPP anytime soon, but news of its formal application coming a day after the AUKUS announcement neatly underscores the continuing rift in how Washington and Beijing conceive of ‘competition’ in Asia,” tweeted Ankit Panda, a fellow at the Carnegie Endowment for International Peace.
Still, the Chinese and Australian economies are highly dependent on each other. In 2020, tensions between Australia and China did not stop the two countries from pressing ahead with a free trade deal in Asia-Pacific called the Regional Comprehensive Economic Partnership, as both nations saw benefits from their deeper economic integration with other Asian countries. The RCEP spans 15 countries — including Japan, Indonesia and Thailand — and 2.2 billion people, or nearly 30% of the world’s population.
At Friday’s press conference, Zhao, the Chinese foreign ministry spokesman, said that China’s efforts to join the CPTPP have “nothing to do with the US, UK and Australia trilateral agreements.”
“[China] is pushing for economic cooperation and regional integration while the US, the UK and Australia are pushing for war and destruction,” he added.
Even if China were allowed to join the CPTPP, the country may find some aspects of the agreement challenging, said Alex Capri, a research fellow at Hinrich Foundation. He singled out “e-commerce and data standards,” though said China may be able to find loopholes.
“Keep in mind that when the US pulled out, some 20 provisions dealing with data privacy, IP protection and other digital standards were essentially put on hold,” Capri added.

Meanwhile, China isn’t the only country attempting to join the CPTPP. Earlier this year, the United Kingdom began talks on entering the partnership, which it sees as one of its biggest opportunities to forge economic alliances beyond Europe after Brexit.
— Hanna Ziady, Ben Westcott and CNN’s Beijing bureau contributed to this report.
Source: Read Full Article

This isn’t 2009: Britain can no longer spend its way out of trouble 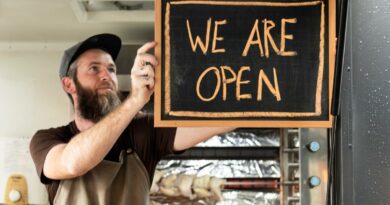 Covid 19 coronavirus: Three things small businesses can do to thrive