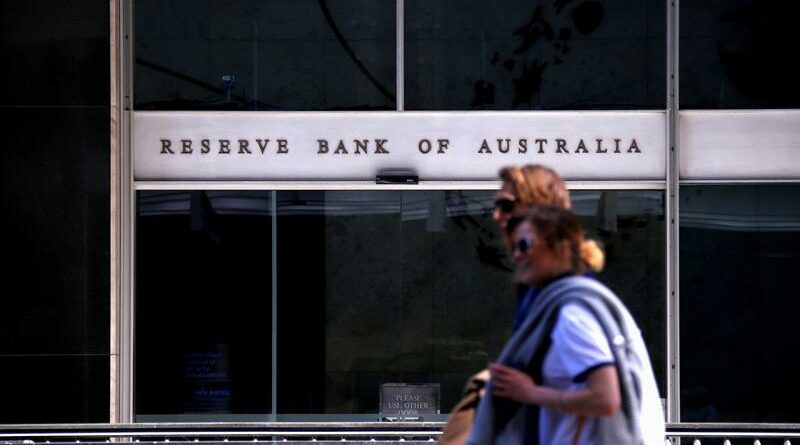 SYDNEY (Reuters) -Australia’s central bank left its cash rate at record lows on Tuesday and reiterated its lower-for-longer policy stance even as data showed the country’s economic output was above its pre-pandemic level and house prices were shooting through the roof.

The Reserve Bank of Australia (RBA) left its policy settings at 0.1% for a sixth straight meeting, awaiting inflation and wage pressures, in a decision that was widely expected by economists in a Reuters poll. [AU/INT]

The local dollar stumbled to $0.7740 from a one-week high of $0.7769 reached earlier in the day as the RBA wrongfooted some market participants who were expecting a hawkish tilt in the central bank’s statement, in line with its New Zealand counterpart. [nL3N2NJ0VA]

The Reserve Bank of New Zealand (RBNZ) last week hinted at the end to a pandemic-era, ultra-loose monetary policy, leading some to believe the RBA would venture on that path too.

Governor Philip Lowe instead justified the need for near-zero rates despite a strong economic recovery by saying “inflation and wage pressures are subdued” and a pick-up in prices is expected to be only “gradual and modest.”

“An important ongoing source of uncertainty is the possibility of significant outbreaks of the virus,” Lowe added.

The RBA also repeated it will not raise interest rates until inflation was “sustainably” within its 2-3% target band. Under its central scenario, underlying inflation is seen below the mid-point of that range through mid-2023.

The comments come even as recent economic data has pointed to a surge in activity.

A slew of strong figures earlier in the day prompted analysts to sharply upgrade their forecasts for Australia’s first-quarter gross domestic product (GDP) growth to a rapid 1.6% from 1% before the data was released.

Separate figures showed Australia’s home value index jumped 10.6% in May from a year ago to clock its strongest annual growth rate in almost 11 years.

First-quarter GDP data is due at 0030 GMT on Wednesday.

“Given the speed of the recovery we think there is a good chance that the RBA’s objectives for a rate hike will be achieved before the ‘2024 at the earliest’ that it refers to and so are allowing for a first rate hike in late 2023,” said AMP chief economist Shane Oliver.

“But that’s still a long way off. Key to watch will be unemployment heading to 4% and wages growth heading above 3%.”

The unemployment rate is at 5.5% currently while wage growth is crawling at an anaemic 1.5% pace.

Economists said the July board meeting, where the RBA would review its unconventional policy settings, will be crucial.

They expect the RBA will decide not to extend its three-year target of 0.1% beyond the April 2024 government bond. A third round of quantitative easing (QE) is widely expected, however, albeit in a smaller size than the A$100 billion seen in each of the first two rounds.

“We can see merit in some modest tapering given the strength and broadening of the recovery,” RBC economist Su-Lin Ong said, expecting a third QE of A$75-A$100 billion.