Sean Doyle confident the airlines investment in refurbishing premium cabins, seat and lounges will pay off

Wealthy holidaymakers buying premium seats will cushion airlines from the decline in business flying, according to the boss of British Airways.

The company’s chief executive, Sean Doyle, said that contrary to research suggesting the airline industry will lose much of its most lucrative clientele, he believed corporate travel would return after the coronavirus pandemic, “but exactly what shape that takes we’re not sure”.

He said he was confident the flag carrier’s £6.5bn investment in refurbishing its business-class cabins, seats and lounges since 2018 had been worth it.

“The reason we’re very compelled by the investments is we have a significant premium leisure segment,” he told an industry webinar. “A lot of people who travel in our premium cabins are travelling for leisure, or visiting friends or relatives.

“That’s been growing over the last decade and we think that will continue to grow – and that gives us a very effective buffer if the corporate segment is not recovering at the pace of other segments.”

Doyle said he believed office working would recover and lead to more meetings in person, after hearing from firms about “a lot of reports stories of dissatisfaction … people very fed up with Zoom meetings, and I can understand that”.

“I think we will see business travel recover because people do business with people, not organisations.,” he said, though he acknowledged that “we will never get back to the old days”.

Doyle said he was optimistic about the airline industry’s recovery, particularly after comments from the European commission president, Ursula von der Leyen, at the weekend that vaccinated US tourists would be welcome in Europe this summer.

Given the high rates of vaccination in the UK and US, he said: “I think the US is a great opportunity to get up and running again. … Opening up an air corridor is something that can be easily achieved if we have the will on both sides of the pond.”

He said BA had been working to reduce the cost of Covid-19 tests needed for travel, which were “complicated and expensive” and “run the risk of excluding a number of people from travel”.

He also said research by the airline suggested the number of tests required for “amber” destinations under the UK’s planned traffic light system for international leisure travel was unnecessary. “We haven’t seen the data that supports that level of complexity. We’ve got to make this simpler and more accessible,” he said.

BA’s owner IAG’s share price rose more than 4% on Monday after Von der Leyen’s comments, and related aviation and holiday firms also enjoyed a similar boost. Tui, Europe’s biggest package holiday company, was one of the best performers on the FTSE 250 on Monday, with a rise of almost 7%. The engine maker Rolls-Royce was up 6%, the biggest riser on the FTSE 100.

Susannah Streeter, an analyst at Hargreaves Lansdown, said it was a “glimpse of a post-crisis future” with “hopes lifted that a big rescue could now be on the cards for the summer season with the introduction of vaccine passports”. 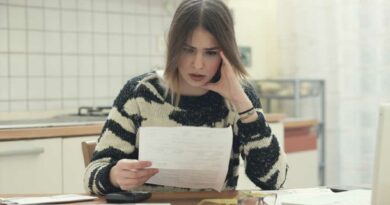 Boeing 737 MAX may not return to service until August: IATA head