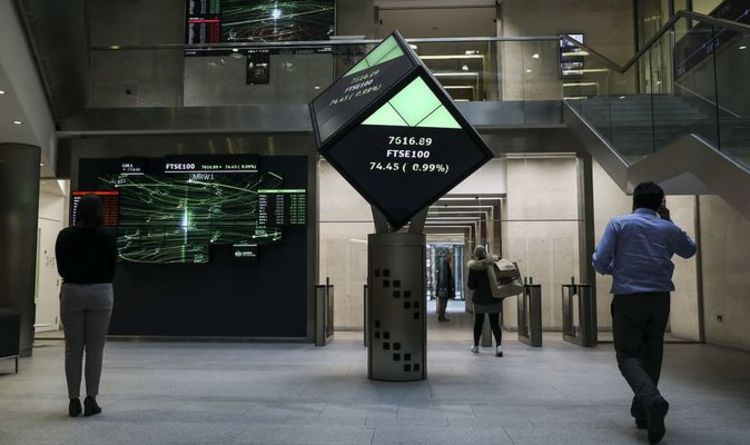 In total 122 companies listed on the LSE this year raising over £16.8bn in initial public offerings (IPOs). A further £32.4bn was raised by existing listed companies providing further stock offerings. In a statement the group said the results confirmed “the UK’s position as one of the top global financial centres and a driver of the UK domestic economy – providing capital to the fast growth companies of today and tomorrow, as well as existing businesses.” The figures put London far ahead of other European stock exchanges, raising more than the Amsterdam and Paris exchanges combined.

Globally only China and the US have ranked ahead.

CEO of LSE plc Julia Hoggett, said: “2021 has demonstrated the strength of the UK capital markets with our most active year since 2007.

“It has also highlighted the vital role LSEG’s capital markets play in supporting innovation, growth and the transition to a low-carbon economy.”

The group also notes London has retained its reputation for attracting international companies with 2021 seeing new listings from the US, Canada, Australia and across the EU.

In a notable example this year oil giant Shell abandoned its dual listing structure to pick London as its main base over the Netherlands.

It follows the same example as another Anglo-Dutch firm, Unilever.

Companies from across the breadth of the UK have been well represented in this year’s listings though, with 15 IPOs from the North of England and four from Scotland.

London has also maintained its global reputation for tech companies.

39 percent of all capital raised this year has come from tech or consumer internet companies with notable examples including Oxford Nanopore and Wise- the largest technology company to ever list on the exchange.

2021 has also proved a strong year for foreign exchange trading with volumes hitting a new daily record of over $680bn (£504.59bn).

“The strength of this combination is demonstrated in the innovation we brought to the market this year.

“We are looking forward to building on this momentum and on recent regulatory changes in the UK to ensure London is an even more compelling capital raising venue.”

Since leaving the EU the UK Government has been reviewing financial regulation and looking at ways it can be improved.

Earlier this year changes were made to make it easier for companies to go public following reviews by Lord Hill and Ron Kalifa.

Other reviews such as the Future Regulatory Framework Review are also underway with Chancellor Rishi Sunak heralding a “once-in-a-generation” opportunity to improve growth and competitiveness.

Qualcomm targets Wi-Fi market in push to expand beyond phones

As They Aged, They Started Businesses for People Like Them