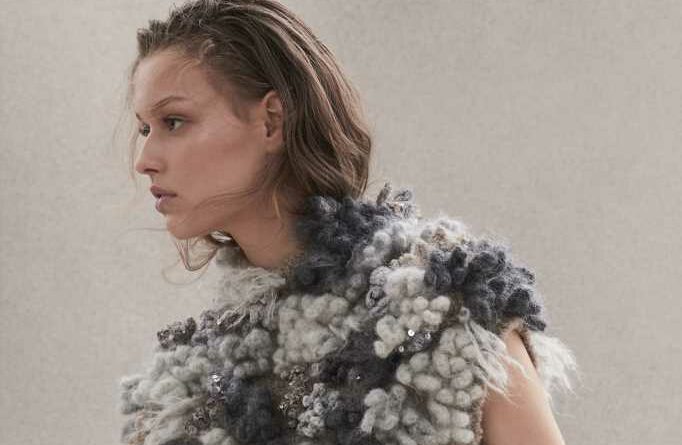 MILAN — Brunello Cucinelli is eyeing the next two years and putting 2020 behind him, forecasting “a highly realistic” 15 percent growth in 2021 as his namesake company succeeded in balancing a weak second quarter last year with recovery in the second half.

On Monday, as Cucinelli geared up to kick off digital platform Pitti Uomo Connect the following day from his Solomeo headquarters, his company reported a 10.5 percent drop in preliminary 2020 revenues to 544.1 million euros, compared with 607 million euros in 2019. Sales in the second half of the year rose 7.2 percent to 339 million euros.

The performance in 2020 was in line with Cucinelli’s objectives revealed mid-year, closing “well especially considering how things looked in the spring,” and the entrepreneur, who is the executive chairman and creative director of the company, said he expected growth to continue in 2022, with an increase in revenues that will “normalize at around 10 percent.”

Based on the strategic choices made, he was “equally confident” in long-term growth, “adding concreteness to our goal of doubling turnover in the period 2019 to 2028.”

Cucinelli defined 2020 as a “year of transition” and said that, “after a long period of pain for both the body and the soul, thanks to the long-awaited vaccine we seem to be moving towards a highly sought ‘armistice’ with Creation. Together we hope to find the great humility, courage, seriousness and creativity needed to face this new year of ‘rebalancing.’”

The Year of Ox Capsules Collections

He contended that the positioning of the brand and “the excellent feedback” on the fall/winter 2021 collections led him “to believe that we will see graceful growth of around 15 percent this year.”

The performance last year reflected “the work done on the organization of our processes, on the development and physical production of the collections, and on the relationships with our customers, both final and wholesale,” said Cucinelli.

In the full year, Europe and China, including Hong Kong and Macao, showed strength, as sales declined 1.7 percent and 1.8 percent, respectively.

Sales in Europe amounted to 181.6 million euros, representing 33.4 percent of the total. In the second half, sales in Europe climbed 20.7 percent, driven by the multibrand channel and local customers, especially in Central-Northern Europe and the entire area of the former USSR.

Revenues in Italy fell 23.9 percent to 68.3 million euros, accounting for 12.6 percent of the total. While sales improved in the second half, revenues were still down 13.3 percent in that period.

Revenues in China in 2020 amounted to 61.7 million euros, accounting for 11.3 percent of the total, and a 1.8 percent decline compared with 2019. The region in the second half of 2020 recorded 14 percent growth. Mainland China reported a positive result for the whole year, with a marked acceleration in the second half, with double-digit growth. Hong Kong and Macao remained weak in the 12 months, with some positive signs of recovery in the latter part of the year.

Cucinelli touted the strong potential of Mainland China. “A key element for development in this region is a strong local presence through our Shanghai hub, equivalent in functions and activities to the one in New York, and where we decided to double the space currently available to our team in early 2021. We believe that success in this area depends on the knowledge and willingness to learn the local uses and culture.”

Last year, sales in the Rest of the World area dropped 9.9 percent to 59.7 million euros, accounting for 11 percent of the total. In the second half, sales in the region declined 1.5 percent. The progressive recovery in the second half was attributed to solid results in South Korea and the normalization of sales in Japan.

Sales in the retail channel fell 20.9 percent to 268.6 million euros, accounting for 49.4 percent of the total, impacted by the global lockdowns, yet improving in the second half, showing a decrease of 12.3 percent.

The brand’s online store doubled its relative weight to 5 percent and the company launched “Casa Cucinelli,” a new channel for interacting with loyal customers. In November, the company concluded the global rollout of a technological update of its e-commerce system. “This project allowed us to offer an even richer and more user-friendly experience, especially on mobile devices and in Asian markets,” said Cucinelli.

Sales in the wholesale channel rose 2.7 percent to 275.5 million euros, representing 50.6 percent of the total. In the second half, this channel rose 36.3 percent, confirming Cucinelli’s belief in the strategic importance of multibrand stores, “which are able to adapt the characteristics and taste of the brand to the needs of the local customer.” In 2020, the company held two “road shows,” connecting with all the owners of its 500 multibrands and with their managers divided into groups of 15 to 20 people.

Cucinelli ticked off initiatives that contributed to the performance, such as timely deliveries, restocking orders and avoiding repeating garments from past seasons.

Despite it all, and “the apprehension” and the “greater pain” for some, Cucinelli still believes that 2020 was a “good” year for the company, imagining a “New Time” that could offer “an opportunity to bring together humanism and technology, spirit and harmony, profit and giving.”

Cucinelli underscored that the company was driven by three “major principled decisions” in its approach to the pandemic: Guaranteeing employment and maintaining wage levels for all employees; choosing not to ask for discounts from anyone, “aware that during a pandemic everyone had a duty to take responsibility without seeking benefits that could harm others,” and launching the “Brunello Cucinelli for Humanity” project, donating all unsold clothing to those in need.

The pandemic did not stall investments to support future growth, which totaled 51 million euros, compared with  52.6 million euros in 2019.

Cucinelli also inked an agreement with the Department of Medicine of the University of Perugia, the Santa Maria della Misericordia Hospital of Perugia and the USL Umbria national health office, allowing a medical unit to constantly test employees and visitors.

Renters revolt, troublesome bras, deer in the john: News from around our 50 states