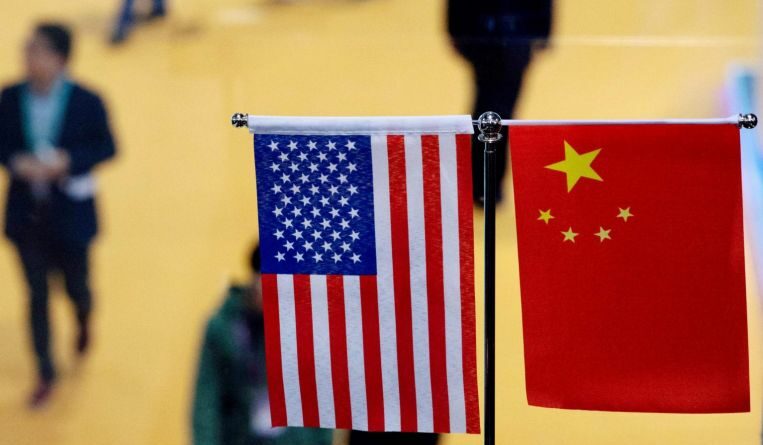 BEIJING (BLOOMBERG)- China said the United States “has been flipping flopping all the time” and urged it to respect market principles after investors were whipsawed by uncertainty over the status of three major Chinese telecommunication giants traded on the New York Stock Exchange.

Later, people familiar with the matter said it’s considering proceeding with the delisting.

The flip-flop has caused confusion over the US policy behind NYSE’s move: President Donald Trump’s November executive order barring American investments in businesses owned or controlled by the Chinese military.

“Some politicians in the US have been oppressing foreign companies listed in the US,” Foreign Ministry spokeswoman Hua Chunying told a daily briefing in Beijing on Wednesday. “This has rather limited impact on the Chinese companies, but it will hurt the US national interests and its own image, and will hurt its global status as a capital market.”

Hua said she hoped the US would “do more things conducive to the global financial market system, protect the investors’ rights and interests, and do good for global economic stability and development”.

While China has largely dismissed any move to delist the stocks as having minimal impact on the businesses, it has maintained that such a step would hurt the US more than the Chinese government.

Calling the delisting decision as unwise, China Securities Regulatory Commission earlier said that the US risks undermining its own position in the global capital markets by showing its rules and institutions can become “arbitrary, reckless and unpredictable”.

Beijing hasn’t announced retaliatory measures, and has been seeking to avoid an escalation of the tensions before president-elect Joe Biden steps into the White House.

But state-backed media have cited analysts suggesting China can ask US companies operating in the country to disclose military links.

Since Trump signed the order targeting firms linked to the Chinese military, the three telecommunications companies lost more than US$30 billion in market value through end-2020 in Hong Kong.

The executive order has resulted in the removal of a number of Chinese companies from global benchmark indexes, though at least one compiler has said it won’t delete the three Chinese telecom firms after the NYSE reversed its delisting plans on Monday.

During a previous briefing on Tuesday, Hua said that “many American multinational companies are the result of military-civil fusion themselves” and that on this issue, the US was “applying double standards to contain China’s development”.

Investors are concerned potential delistings may extend to oil majors such as Cnooc, which is on the Pentagon’s list of companies the US says are owned or controlled by Chinese military.