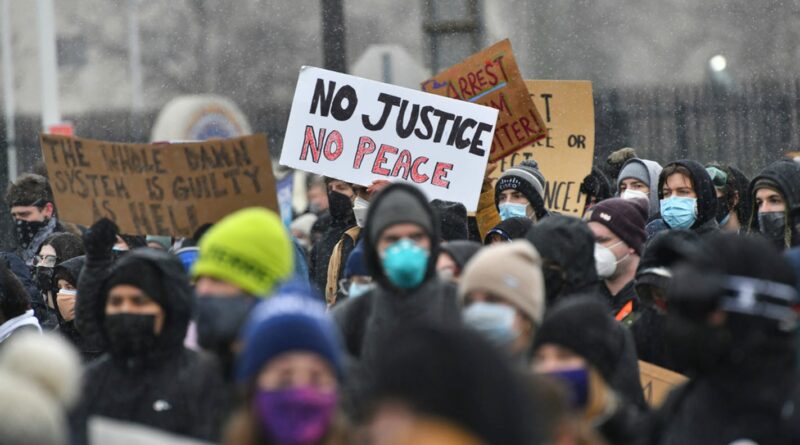 BROOKLYN CENTER, Minn. – A decision whether to charge the former Minnesota police officer who fatally shot 20-year-old Daunte Wright during a traffic stop could come as soon as Wednesday, a prosecutor said.

Kim Potter, a 26-year veteran of the Brooklyn Center Police Department, resigned Tuesday as calls for justice for Wright have echoed throughout Minnesota this week

The city’s former police chief, who also resigned Tuesday, said Potter accidentally grabbed her firearm when she thought she was Tasing Wright. Wright’s family have rejected police’s characterization of their son’s death as an “accident” and called for Potter to be held accountable.

The Hennepin County Attorney’s Office handed any charging decision over to Washington County Attorney Pete Orput earlier this week as the state Bureau of Criminal Apprehension investigates the case.

Orput’s office did not respond to USA TODAY’s requests for comment, but Orput told the Star-Tribune and WCCO-AM he hoped to have a decision by Wednesday.

Local prosecutors in the Minneapolis area agreed last year to refer cases involving police use of deadly force to prosecutors in other jurisdictions.

Brooklyn Center Mayor Mike Elliott on Tuesday said the case should be handled by state Attorney General Keith Ellison “to ensure transparency and to continue building trust in our community.”

‘He did not deserve this’: Family remembers Daunte Wright as an adoring dad who enjoyed playing sports and celebrating the Fourth of July

Wright’s death Sunday has sparked protests around Minneapolis, an area already on edge as the trial of former police officer Derek Chauvin in the killing of George Floyd was in its third week of testimony. Brooklyn Center is about 10 miles north of Minneapolis. 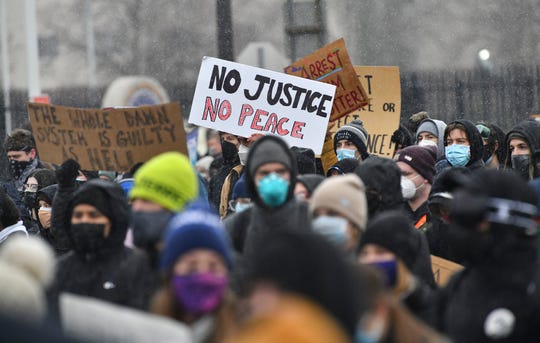 “I never imagined this was what was going to happen,” Wright’s mother, Katie Wright, said Tuesday as she recounted the final moments of her son’s life during a traffic stop.

Katie Wright said her son called her after he was pulled over. Wright told his mother police said he had air fresheners in his rearview mirror. Police later said they pulled Wright over for an expired registration.

Wright had an outstanding warrant, prompting officers to ask him to get out of his vehicle, police said. Katie Wright said she heard the encounter unfold over the phone before it hung up. When she called back, the woman in the car with Wright answered with a video call and showed Wright sitting in the driver seat lifeless.

Potter’s body-worn camera footage, released Monday, showed Potter approach Wright as another officer had started arresting him. Wright appeared to reenter the driver seat in a scuffle, and Potter drew her firearm. Potter is heard shouting “Taser” before firing.

Wright’s family and many in the Brooklyn Center community have called into question how Potter could not have realized she was holding her firearm. Former Police Chief Tim Gannon said Monday officers are trained to keep their firearm on their dominant side and their Taser on the other.

The area was under curfew for another night Tuesday, yet protesters and police clashed outside Brooklyn Center police headquarters.

Hundreds gathered around the building now ringed by concrete barriers and a tall metal fence Police in riot gear and National Guard soldiers stood watch. “Murderapolis” was scrawled with black spray paint on a concrete barrier.

About 90 minutes before the curfew deadline, state police announced over a loudspeaker that the gathering had been declared unlawful and ordered the crowds to disperse. That quickly set off confrontations, with protesters launching fireworks toward the station and throwing objects at police, who launched flashbangs and gas grenades, and then marched in a line to force back the crowd.

In a news conference early Wednesday, Minnesota State Patrol Col. Matt Langer said about 60 people were arrested in connection to the Brooklyn Center protests ranging from  “riot and criminal behaviors” and urged the public for help. 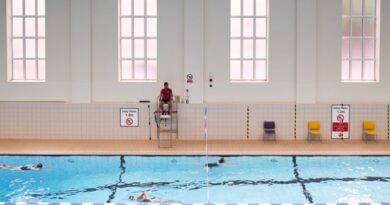 Burgers and Netflix, But Can’t Pet the Dog: A CEO’s Life in Self-Quarantine