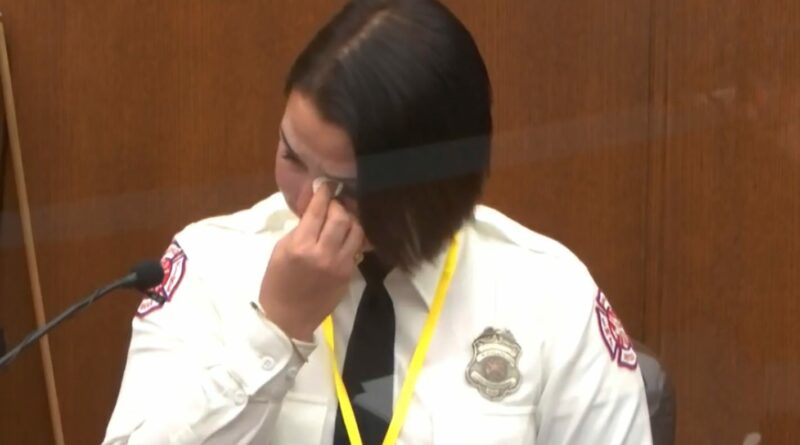 MINNEAPOLIS — Just days into the trial of former Minneapolis police officer Derek Chauvin, jurors have already heard from eight witnesses to the death of George Floyd, and several have broken down in tears on the stand describing their attempts to intervene on his behalf.

The witnesses included a 911 dispatcher, a cashier working across the street, a mixed martial arts fighter, the teenager who recorded the now viral video of Floyd’s death and her 9-year-old cousin, two high school seniors, and an off-duty Minneapolis firefighter.

Some engaged in heated exchanges with Chauvin’s defense attorney Eric Nelson, whose questions have suggested the crowd of bystanders that gathered at the scene was threatening and distracting to the officers. When Nelson asked Genevieve Hansen, the firefighter, if the crowd was “upset,” she said: “I don’t know if you’ve seen anybody be killed, but it’s upsetting.”

As the exchange grew more confrontational, the judge reprimanded Hansen for arguing with the court. She was expected to return to the witness stand Wednesday.

Floyd, a Black man, died in police custody on May 25, 2020, after Chauvin, who is white, pinned his knee against Floyd’s neck for more than nine minutes as Floyd cried out “I can’t breathe” more than 20 times. Chauvin is charged with second-degree murder, third-degree murder and second-degree manslaughter.

Court was set to resume at 9 a.m. CT Wednesday. USA TODAY will be livestreaming the courtroom proceedings below or on YouTube.

Minneapolis firefighter testimony: Genevieve Hansen says she would have checked for a pulse

Genevieve Hansen, 27, had been working as a firefighter for a little over a year and was off-duty on a walk last Memorial Day when she saw flashing lights and heard a bystander yelling.

“I was concerned to see a handcuffed man who was not moving with officers with their whole body weight on his back and a crowd that was stressed out,” said Hansen, who appeared in court in her dress uniform, with a tie and badge on.

Hansen said that as she approached the scene, she recognized Chauvin from a call the day before. She said she didn’t know Chauvin or interact with him on the call. Chauvin “seemed very comfortable with his weight on Mr. Floyd” and had his hand in his pocket, Hansen said.

What you missed from Day 2 of the Chauvin trial: Emotional testimony from teen witnesses

Hansen said she was immediately concerned about Floyd because “he wasn’t moving” and “his face looked puffy and swollen.” She also noticed he was in an altered state, no longer responding to painful stimuli – the knee on his neck with body weight behind it.

She said she immediately identified herself because she thought Floyd “needed medical attention.” Hansen said she would have checked for a pulse, called 911, begun chest compressions and had someone bring over an external defibrillator from the gas station to help restart his heart.

She is heard on video begging officers to check Floyd’s pulse. “I could have given medical assistance, and that’s exactly what I should have done,” she said. “(But) the officers didn’t let me into the scene.”

Hansen said she began recording the scene “because memories of witnesses are never going to be as good as a video.”

In a 911 call Hansen made following the incident, she said, “I literally watched police officers not take a pulse and not do anything to save a man,” according to a recording played for the jury.

UK Manufacturing Lowest In Over 6 Years

Tesla Earnings: What to Look For