Home » Business » Despite their complex history, TV stations and YouTubers are getting along better than ever

This is an automated machine translation of an article published by Business Insider in a different language. Machine translations can generate errors or inaccuracies; we will continue the work to improve these translations. You can find the original version here.

The statements made by the CEO of Atresmedia a few days ago have raised quite a stir.

Silvio González Moreno, the CEO of the media group, said in the presentation of a report that “Twitch and podcasts are marginal phenomena” and that of course “television is 16 laps ahead of them”, as reported by Business Insider Spain.

The truth is that, although they share many similarities with conventional television, platforms such as YouTube and Twitch have marked different milestones in the field of audiovisual communication and entertainment. For example, a report by the consulting firm Barlovento Comunicación compares, with data from December, the differences in consumption between television and the Internet.

While in conventional television more than 50% of the audience is over 55 years old, consumers of online videos are much younger: 31.1% are 35 years old or younger.

The CEO of Atresmedia considers Twitch and podcasts “marginal phenomena” and defends that “television has 16 laps around them”.

The words of the CEO of Atresmedia were made during the presentation of another report prepared by the consulting firm PwC, which showed how podcasts and video games continue to boom. The Entertainment and Media Outlook 2020-2024 also predicts that the pandemic has accelerated the digitalization of the entertainment sector in Spain, which will grow by 3.3% until 2024, exceeding 32,000 million euros.

The exodus to Andorra that has starred authentic celebrities of the network, such as El Rubius, has been the subject of controversy and gossip in many television morning shows in the country. Ruben Doblas, the young thirty-something behind the character, earned more than 2 million euros in 2019 and with his departure to the Principality will enjoy much lower taxation. Provided that the Treasury does not detect any irregularities.

Why a YouTuber is not as safe from the Treasury in Andorra as it seems: 9 keys that show the technological weapons that exist to detect irregularities.

The controversy has also fueled a debate that rages on the web, as many YouTubers have lamented on many occasions how the mainstream media is unable to understand the phenomenon. But are television and YouTubers or Twitch streamers really an irreconcilable phenomenon?

In order to answer this question, it is enough to go back to the beginning of the last decade, when the first YouTubers and content creators on the platform turned what started as a diversion into a real profession.

Spanish YouTubers and celebrities who have changed their residence to another country to pay less taxes.

El Rubius, for example, began to be known on the platform at the end of 2011. It was not until 2013 and 2014 that Spanish television stations and the mainstream media began to pay attention to the phenomenon. But the relationship seemed to be born tense.

From TVE news to participate in a magazine show on Cadena Ser or sit on a set of La Sexta to talk to Berto and Buenafuente. At that time Rubén Doblas had only two million subscribers on YouTube and the media quantified his monthly income at around 500 euros. Now El Rubius has almost 40 million subscribers, but much of his business is developed on Twitch, Amazon’s live platform.

A relationship marked by tension

Of course, the relationship did not start off on the right foot. In 2012 Antena 3 announced that it would broadcast a program entitled The Power of YouTube, which outraged content creators at the time. Luzu, who today remains a reputable streamer, responded to the program as follows:

“This is a message to Antena 3. You have turned what was meant to be an in-depth report on one of the most important phenomena of the last 10 years into another nonsense. You have stayed on the surface of what YouTube is. You’ve turned an hour and a bit program into viral video nonsense. Excuse me, but that on YouTube is the equivalent of hearing a foreigner say that in Spain all the guys are bullfighters and all the girls dance flamenco all day”.

Eight years have passed since then and the Atresmedia CEO’s statements reveal that perhaps the phenomenon is still somewhat misunderstood.

A turning point came when El Rubius himself burst into tears in an interview with Risto Mejide in 2015, precisely also in Atresmedia. The young YouTuber recognized before the cameras everything that fame had put him through, a similar argument to the one he would end up using in 2021 to try to explain why he was leaving Spain.

“Twitch is a double-edged sword that, if you don’t manage well, can destroy you”: 4 Spanish streamers raise their voices on the mental health taboo

Almost six years later comes the conflict with the exodus of YouTubers to Andorra. Many of these content creators claim that the media are charging against them, for what reason, they are not sure. The economist Juan Ramón Rallo assures in a debate with ultraliberal content creators that many program directors have a “grudge” against YouTubers.

But, in spite of this hatred, the parade of creators continues to appear on the grid. TheGrefg, the young man who broke all records on Twitch with more than 2 million simultaneous viewers, appeared a few days ago on El Hormiguero with Pablo Motos, in which he defended the following:

“The traditional media have really gone all out against us. They have gone to put shit against youtubers, I don’t know if it’s a question of audience, because if you do a program with youtubers and it works well, then you’re going to do it more. I don’t know if it’s because they see us as the new competition or I don’t know if there’s even a political issue behind it, but I can sum it up in that I think this has been approached from the wrong point of view”.

Despite this alleged animosity, the relationship between YouTubers and conventional media is going through a good moment.

The best moment for television and YouTubers

And, beyond the controversy with Andorra -which has sparked the concern of unions of tax technicians such as Gestha regarding the impact that their statements may have on the country’s fiscal awareness-, there are other examples.

A 22-year-old Twitch streamer who earns more than €160,000 a year explains how she started and what are the typical mistakes people make in the streaming world

La Resistencia de David Broncano is a television program that is part of the pay-per-view schedule of 0, Movistar’s channel. Despite being a paid product, the production uploads very generous fragments of his interviews on YouTube. Numerous YouTubers or streamers have attended the set of La Resistencia , such as the people responsible for the podcast Me Internet or more recently El Xokas, who became popular after his opinion on what is or what is not a game, and taxes, went viral.

Perhaps the most paradoxical example has been that of Ibai. The popular content creator broke his relationship with the G2 esports club earlier this year to start his own professional adventure surrounded by friends and collaborators. And for the past month, he has been conducting interviews. So far, he has made headlines in the mainstream media after chatting in a relaxed manner with footballers such as Piqué and Kun Agüero.

A few days ago, for Valentine’s Day, its crew organized an edition of the popular program First Dates (Cuatro, Mediaset) with the full collaboration of the production companies that host and produce this program, which aims to be the first of a fruitful saga of collaborations between content creators and conventional broadcasters. 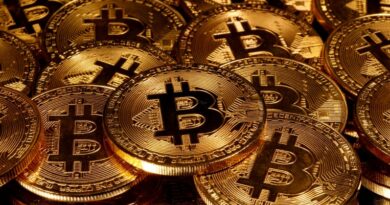 For the Covid-19 economic recovery look to the Treasury, not the Bank