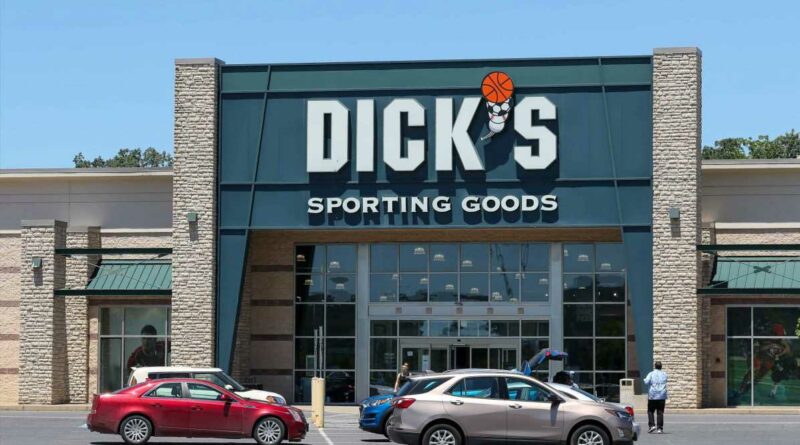 Chief Executive Lauren Hobart said that consumer demand remained strong after the summer season and back-to-school rush, and that the company's broad assortment of products allowed it to meet many shoppers' needs — from golf clubs to running gear.

Its shares were recently down more than 2% in extended trading on the news.

Here's how Dick's did in its fiscal third quarter compared with what analysts were expecting, according to a poll compiled by Refinitiv:

Excluding items, it earned $3.19 per share, ahead of the $1.97 that analysts had been expecting.

Same-store sales, which track revenue at stores open for at least 12 months, rose 12.2%. Analysts surveyed by StreetAccount had been calling for a gain of 1.9%.

Dick's said its online sales rose just 1% from a year earlier, when many consumers resorted to shopping online, and were up 97% on a two-year basis. E-commerce sales made up about 19% of its total business, up from 13% in 2019.

As its sales have accelerated and new customers have shopped its website and stores during the pandemic, Dick's has invested in its business to keep shoppers coming back for more. It launched a men's athleisure brand, VRST, in March. It opened its largest store yet, called House of Sport, in a suburb of Rochester, New York, in April. The store includes an indoor rock climbing wall, putting green, health and wellness shop, and a track and turf field outside.

And in August, it announced a tie-up with its biggest brand vendor, Nike. Nike's membership program now links to Dick's loyalty program to allow customers to shop for exclusive Nike shoes and apparel on Dick's website.

Dick's shares have been on a tear this year, rising nearly 150% year to date. Its market value is about $12.5 billion.

The Oil Price Crash in One Word: ‘Inelasticity’