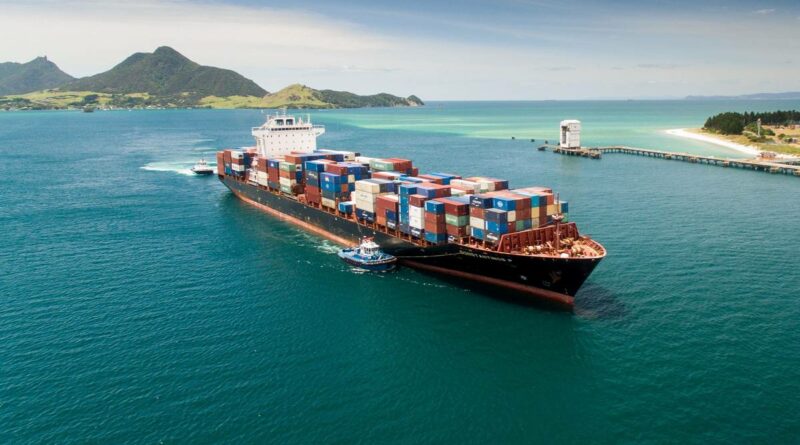 New Zealand export manufacturers are thinking about shifting more operations offshore because our lockdowns and shipping difficulties are costing them international customers and income.

“Their customers don’t understand when the rest of the world has moved on.”

Lockdowns have made worse the customer delivery upheaval that manufacturers and exporters “at the end of a long international supply chain” are dealing with due to erratic international ship services, delays and the fight for space on vessels, McDonald says.

Some EMA members with the ability to manufacture overseas are looking to increase that activity to ease the isolation issues and access staff, he says.

This is also the message Catherine Beard, executive director of ExportNZ and ManufacturingNZ, divisions of BusinessNZ, is getting.

“International customers don’t really care where you are based as long as supply is seamless. If you are supplying critical components into international supply chains, they want reliability and they want competitive pricing,” she said.

“There are many manufacturers that already have an offshore footprint, so it is not too hard for them just to increase that investment offshore.Many exporters will be re-examining their ‘go to market’ strategy and for some that will be opening offices and manufacturing businesses closer to their international customers.

“It is also the same for high-tech and digital businesses.

“They are used to bigger markets and they have never felt so isolated as they have recently, particularly as the rest of the world gets back to more normal operations and we are still experiencing lockdowns.”

Beard says it should be remembered that lockdowns in Auckland affect manufacturers in the rest of New Zealand when Auckland supply gets cut off.

Manufactured exports returned $12.4 billion in the year to end of June, according to Statistics NZ. This compares to $12.1b in 2020 and $12.4b in the pre-Covid 2019 June year. Before the pandemic the manufacturing sector accounted for 60 per cent of total New Zealand exports.

Independent economist Cameron Bagrie says the manufacturers’ reaction is natural and a result of “the penny dropping” that Covid is not only a health shock, but a massive global supply shock on multiple levels – access to goods, shipping connectivity, cost of freight and mobility of staff.

Exporters needed to be globally connected but for NZ Inc that path was neither clear nor certain.

“What happened in 2020 and 2021 is that we squandered a world-leading advantage.

“We patted ourselves on the back and forgot about what was the most essential element – getting the vaccination rate up [so as] to minimise disruption by lockdowns.

“We’ve ended up playing [catch-up] with a whole lot of other jurisdictions.

“We also failed to appreciate [the scale of] the supply shock – if you do not have size, if you do not have scale, then you’re going to be pushed to the back of the field, which is what we are seeing at the moment. If the supply side is affected then the economic side is undermined, with less ability to deliver on wellbeing objectives.

“All our attention was on demand. Suddenly the penny has dropped that the real issue is supply.”

“They send their staff overseas and can’t get them back. They’re delivering global propositions so need to be globally connected.Without connectivity you are going to see wellbeing suffer enormously. You need money coming in the door for money to be distributed out the door.”

Bagrie says there was “too much back-slapping without acknowledging these essentials”.

“The economy feels a bit like the 1999 test at Twickenham between the All Blacks and France. A good first half but things are starting to go off the rails and a lack of adaptability in the game plan was exposed in the second half.”

Meanwhile, with the peak Christmas-lead up import season warming up, and another export dairy season soon to kick off, NZ Inc has been warned to prepare for worsening shipping issues and more container shipping cost rises.

The freight forwarding sector expects container shipping lines to impose congestion charges, and China’s coal power crunch is tipped to cause another container industry shock as manufacturing operations in that country are affected.

Port of Tauranga, New Zealand’s main export port but since the Covid-fuelled consumer demand shipping boom now also a major imports gateway, has confirmed that as most import services to New Zealand travel via Australia from Asia, the industrial action by
Maritime Union Australia members will cause additional delays at Tauranga.

But there’s a bright spot. There should be more trains this year than last taking imports landed at Tauranga to Auckland in the run-up to Christmas.

Another frisson of hope is from the Ports of Auckland, pre-Covid the country’s main imports gateway. The Auckland Council-owned company has copped a lot of public and private sector flak for being unprepared to handle the global shipping boom, and losing earnings to Port of Tauranga.

The port says while Auckland’s lockdown is challenging, it’s in a much better position now than at the same time last year.

“We have been training staff as fast as possible and have been able to source crane drivers from overseas to supplement this. We are seeing the occasional ship at anchor but this is because of disruption overseas, not congestion in Auckland,” says chief operating officer Mike Lightfoot.

“We have made changes to our operational structure to help us safely lift productivity. The implementation of a new truck booking system at our terminal has improved efficiency so imports continue to flow out of the terminal quickly.

“We are expecting a busy peak season and the supply chain disruption overseas will continue to present challenges, but we are now in a better position to deal with those challenges and keep ships and freight moving.”

On the downside, the Customs Brokers and Freight Forwarders Federation expects container shipping lines to add congestion charges to shipping costs that have already lifted by up to 400 per cent since last year.

Rosemarie Dawson, federation chief executive, says in Auckland lockdowns importers have not opened their doors to receive cargoes, so there’s a backlog of cargo waiting to be unpacked.

Aside from exacerbating a chronic empty container shortage issue, the result of all these issues will be empty shelves for consumers and product shortages for manufacturers, she says.

International freight sector reports suggest costs are going only one way next year – up.

The logistics sector won’t thank her for saying it, but ExportNZ’s Beard thinks we’ve had a “bit of a honeymoon” on pricing until now.

Ship and freight rates have probably been cheap, she reckons, and when the sector settles down, prices will likely be higher than pre-Covid.

With more than 600 container vessels this week (it was 300 last week) waiting to berth outside the world’s main ports, shipping lines expected to skip more port calls as they try to catch up to schedules gone awry, and no one prepared to venture a guess on when the freight snarl may end, is there anything NZ Inc can do to help itself?

“We are seeing ongoing delays and disruption. It’s really hard for businesses to manage the flow of inbound stock and it’s hard to see how it will improve. Everyone is worried about stock supply.”

Some retailers are turning to air freight but that squeezes their margins even further, Harford says.

Before Covid, shippers could depend on carrier timetables – not any more.

“There are too many delays and what space you can get might be on a later vessel. You need to order accordingly. Rely on your service providers, make sure they are working hard for you and finding all the options available.”

Mainfreight’s options have included arranging freight space for its container customers on bulk carriers like kiwifruit vessels and chartering vessels.

Maritime Union NZ national secretary Craig Harrison, whose members are not involved in the Australian port strikes and would not expect to be due to different employment law, thinks small exporters, like winegrowers, should be collaborating more to capture freight space.

He urges smaller exporters to take a co-operative approach to the shipping chaos.

As he says, big exporters like Fonterra and Zespri can command market share, not so small exporters.

A good idea in theory – maybe not easy in practice.

EMA’s McDonald says the cost of chartering vessels is “simply out of reach” of many SMEs.

“I know of some who tried to charter a ship – the price tripled overnight.”

NZ Winegrowers chief executive Philip Gregan says the country’s 400 or so wine exporters each have very different long-term contracts with overseas importers of their wine.

“It’s really complicated. They have very different arrangements so they’d be reluctant to change those.”

Last word to the Government.

The Herald asked the prime minister’s office to respond to reports manufacturing exporters are looking to shift more operations offshore due to customer losses from New Zealand’s lockdowns and shipping problems.

The job of responding fell to transport minister Michael Wood.

A statement from his office said: “Restrictions and Covid outbreaks causing disruption to the manufacturing and export sectors is a global issue. New Zealand has had more days without restrictions than most other countries we compare ourselves to because of our strong health response.

“Our Government has been working to keep our businesses connected with international markets. Since May 2020, temporary Government support has enabled more than 8800 flights carrying over 169,000 tonnes of airfreight worth around $13.5b. When the pandemic first began, New Zealand could have been cut off from regular air services to the rest of the world, meaning some businesses [with] export time-critical goods could have been cut off from their markets.

“We’re continuing to work on ways to mitigate the disruption in the global supply chain, including working closely with the freight sector.”

Bentley to cut nearly a quarter of its workforce 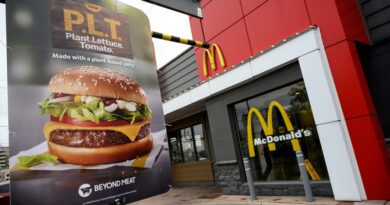