Lorry driver says cars have been following him to find fuel

Despite Government assurances that the situation is improving, many filling stations are still running out of fuel faster than they can be resupplied, retailers have warned, with reports of long queues in some parts of the country. Mr Farage vented his frustration on Twitter today, posting: “The Government tell us that the fuel crisis is easing…”

He added: “I went to seven petrol stations this morning and there was no fuel at any of them.

“Was then hit by a van whilst stationary at a roundabout. Great start to the day!”

However, Professor Paul Bernal, a Professor of IT Law and the University of East Anglia, suggested Mr Farage was simply reaping the whirlwind, posting: “Own. Your. Brexit.”

Others were equally unsympathetic.

One, Johnny, commented: “Yes Mr Farago, you wanted sovereignty, control of borders and all the other guff you spouted.

“Just as you sow, so you shall reap. Get out and push! I’m sure there’ll be loads of offers to help.”

Adam Bede commented: “I take it he means that his car was hit by a van and not his person.

“I wonder if he was driving to Dover to leave the UK on the basis he promised if Brexit was a failure he would go and live abroad?”

Another Twitter user, Helen G, quipped: “He was only hit by a van because of the shortage of HGV drivers.”

David Atkinson said: “Was the van carrying the £350million promised for the NHS?”

Mr Farage’s complaints came on the same day the Petrol Retailers Association (PRA) suggested the easing of the situation in recent days appeared to have stalled, with 27 percent of percent stations having run dry – the same percentage as yesterday.

Executive director Gordon Balmer said: “PRA members are reporting that whilst they are continuing to take further deliveries of fuel, this is running out quicker than usual due to unprecedented demand.

“We would urge drivers to maintain their buying habits and only fuel up as and when needed to ensure there is plenty of fuel to go around.”

He added: “It is important to remember that fuel stocks remain normal at refineries and terminals, and deliveries have been reduced solely due to the shortage of HGV drivers.”

Mr Balmer’s remarks appeared to contradict the Government after one minister claimed the crisis was “under control”.

Treasury Chief Secretary Simon Clarke told Sky News: “We are in a situation now where more fuel is being delivered to petrol stations than is being sold so that crisis is now absolutely back under control.

“That is something that will continue to ease if people just return to normal buying habits.”

The AA said that while queues remained at stations across London, the South of England and in built up areas, there were “encouraging signs of stability”. 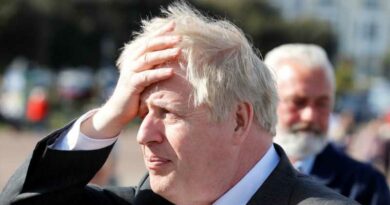 90% Of US Adults To Be Eligible For Vaccination By April 19; Vaccination Site Within 5 Miles