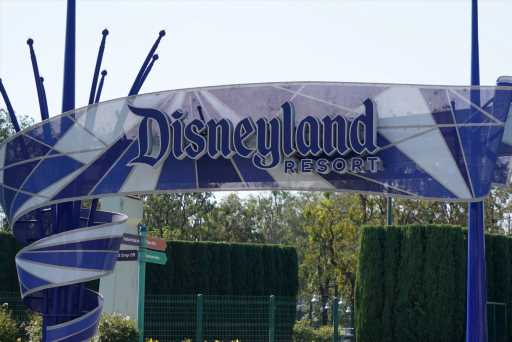 It seems hard to overstate. Disneyland and California Adventure reopened Friday after 13 months, a tangible sign of a return to normalcy and an upbeat revival at an iconic site – albeit at 25% capacity, for California residents only, and with social distancing and mask wearing.

A line formed outside the gate before the 9 am opening time and park goers were active on social media sharing and tearing up. Disney’s executive chairman Bob Iger was there snapping pictures. Some fans snapped pics of him, others caught glimpses of CEO Bob Chapek, who gave a speech to staffers this morning before opening. Cast members lined Main Street waving at guests. Outlets reported some park goers sobbing and whooping with joy.

“A truly happy day at the happiest place on earth,” tweeted Iger. He and Disney had lobbied hard for an earlier opening and against tiered restrictions set by Gov. Gavin Newsom.

“The reopening of Disneyland, which was shut down in March of last year due to the COVID-19 pandemic. “is a monumental day for Anaheim,” tweeted a gleeful city spokesman Mike Lyster.

California theme parks a are a big source of state and local tax revenue and general economic booster. They’re also key to Disney’s bottom bottom. Parks have been the entertainment segment about the hardest hit entertainment by the global pandemic besides movie theaters and live events. Park closures have cost both Walt Disney and NBUniversal parent Comcast billions of dollars.

Only four months ago, California was fighting hard to contain a new Covid wave that overran hospitals and was killing hundreds of people a day. The rapid vaccine rollout and waning cases across the U.S. have many fully open or setting dates to do it.

At Disneyland, fans headed happily to attractions from Haunted Mansion to Pirates of the Caribbean. “Inside The Magic” fan blog noted only one glitch, a brief closure of the Indiana Jones Adventure just after the gates opened.

What Biden's student loan forgiveness plan would mean for borrowers