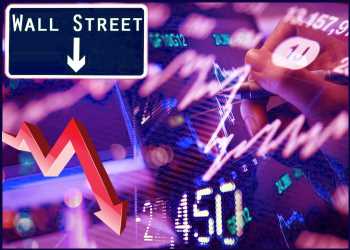 Extending the downward trend seen over the past several sessions, stocks have moved sharply lower in morning trading on Friday. With the steep drop on the day, the Dow has fallen to its lowest intraday level in well over a year.

Concerns about the outlook for the global economy to continue to weigh on Wall Street following aggressive interest rate hikes by central banks around the world.

Traders remain concerned the central banks’ efforts to combat elevated inflation will push the global economy into a recession.

While the Fed’s projections pointed to an eventually tapering of rate hikes by next year, traders worry about the outlook for the global economy in the months ahead.

Late in the trading day, Fed Chair Jerome Powell is scheduled to give opening remarks before a Fed Listens: Transitioning to the Post-pandemic Economy event.

Energy stocks are turning in some of the market’s worst performances on the day amid a steep drop by the price of crude oil. Crude for November delivery is plunging $4.68 to $78.81 a barrel amid concerns about the outlook for demand.

Concerns about a global recession are also contributing to substantial weakness among steel stocks, as reflected by the 5.2 percent nosedive by the NYSE Arca Steel Index.

Gold stocks have also moved sharply lower along with the price of the precious metal, dragging the NYSE Arca Gold Bugs Index down by 5.1 percent.

Airline, financial and computer hardware stocks are also seeing considerable weakness, moving lower along with most of the other major sectors.

In overseas trading, stock markets across the Asia-Pacific region moved mostly lower on Friday, with the Japanese markets closed for a holiday. China’s Shanghai Composite Index slid by 0.7 percent, while Australia’s S&P/ASX 200 Index plunged by 1.9 percent.

In the bond market, treasuries have bounced back near the unchanged line after seeing initial weakness. Subsequently, the yield on the benchmark ten-year note, which moves opposite of its price, is down by less than a basis point at 3.703 percent. 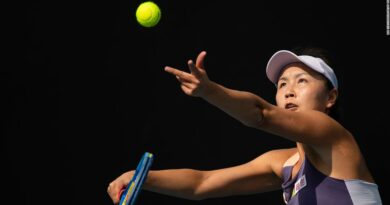 The Fed is extending its overnight funding operations through January 2020

What consumers are entitled to in the $700 million Equifax settlement