Home » Business » El-Erian: Lagarde is an inspiring choice for the ECB

London (CNN Business)Christine Lagarde, the incoming president of the European Central Bank, is not an economist. That’s a good thing.

Lagarde, who most recently led the International Monetary Fund, is different from her predecessors. For starters, she’s a woman. She also has no experience in crafting monetary policy.
What she brings to the ECB is a knack for handling the biggest jobs, savvy political instincts honed at the national and then international level, and deep connections in global finance.

It’s precisely those skills that make Lagarde such an attractive choice to lead the ECB, one of the world’s three most important central banks and a bulwark against instability in Europe.
Lagarde’s first day on the job is set for November 1, the day after Britain is due to leave the European Union. A crash out is unlikely to phase Lagarde, however: She’s known as a gifted communicator who commands the respect of markets.

Should an Italian debt debacle threaten the euro, investors have reasons to remain calm. Lagarde was French finance minister during the global financial crisis. At the IMF, she organized bailouts for Argentina and Greece.
“It’s a big break from the past, but one that has been needed,” Mohamed El-Erian, chief economic adviser of Allianz, said of her appointment.

Lagarde is set to become president of the ECB at what she herself has labeled a “delicate moment.”
Global economic growth is slowing. Signs of weakness have been particularly acute in Europe, where inflation is stubbornly low. The latest ECB estimate pegs eurozone GDP growth at an anemic 1.2% this year. 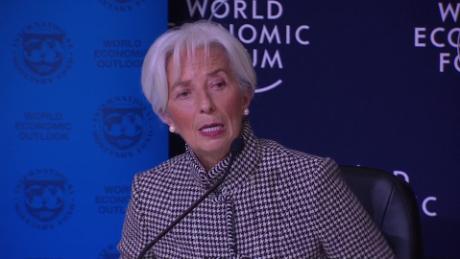 Such frailty could heighten the impact of any shocks to the system. And in the current environment, there are plenty of tremors.
Global trading relationships are precarious. Italy’s high levels of debt are projected to stay above 130% of GDP this year and could at some point generate wider instability. And Britain still doesn’t have a plan for an EU exit that protects trade.
Should any of these issues turn into a crisis, the ECB could be in trouble.
Draghi didn’t raise interest rates once, giving his successor little room to maneuver. His quantitative easing program, which involved creating new money to buy assets such as government bonds, only ended in December.
Given these challenges, analysts have long warned that Draghi’s successor may need to convince Europe’s rowdy national governments to get in line on a broad plan for fiscal stimulus.
The European Central Bank has for years been carrying “too much of the policy burden,” El-Erian said.
Lagarde is uniquely positioned to spur reluctant national governments into action.
After taking over for Dominique Strauss-Kahn as head of the IMF in 2011, Lagarde joined the ECB and European Commission in orchestrating a second bailout for Greece, whose debt load put the entire eurozone at risk. 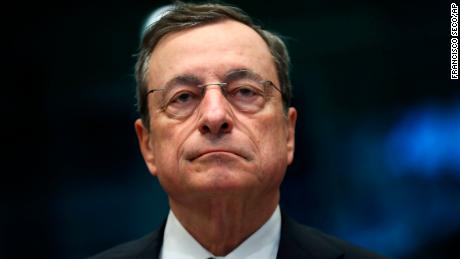 That involved working not only with Draghi, but also with regional heavyweights such as German Chancellor Angela Merkel.
“She is the kind of person who can go beyond the constraints of the position,” said Ángel Talavera of Oxford Economics.
Furthermore, investors are confident that Lagarde will remain firmly within Draghi’s dovish tradition, aiding continuity.
Yields on Germany’s benchmark 10-year bond on Wednesday hit a record low (yields and prices move in opposite directions). Stocks rallied, with Germany’s DAX rising 0.6% and France’s CAC 40 gaining 0.7%.

U.S. refinery sales hit the brakes, with 5% of capacity on block