Xcel Energy wants to help put about 1.5 million electric vehicles on the roads by 2030. It has proposed investing $100 million in Colorado over the next three years as part of those efforts.

Minneapolis-based Xcel Energy, Colorado’s largest electric utility, said Wednesday that if it met its goal across the eight states it serves, 20% of the vehicles would be electric in those areas. Carbon emissions would be cut by nearly 5 million tons annually, utility officials said.

The plan would support Gov. Jared Polis’ goal of having about 940,000 electric cars in Colorado by 2030, Xcel Energy Chairman and CEO Ben Fowke said.

“The other thing that’s really key to this ambitious goal is that this, to me, is an extension of what we’ve been doing with the clean energy transition program, like adding wind farms that reduce our carbon emissions but also reduce customers’ fuel bills,” Fowke said.

The utility’s objective is to produce carbon-free electricity by 2050, but to also provide affordable and reliable energy, Fowke added. Getting to 80% carbon-free energy might be a challenge, but it’s feasible, he said.

However, Fowke said achieving the last 20% will likely require the development of new technologies. Xcel Energy sees electrifying more of the transportation sector, which rivals the utility industry as the biggest source of greenhouse gas emissions, as a way to get to 100%.

The benefits of more electric vehicles aren’t just environmental, said Danny Katz, director of the Colorado Public Interest Research Group and the CoPIRG Foundation. Another result should be lower utility bills for everyone.

There is excess capacity on the electric grid during low-demand hours, especially through the night when people could charge their vehicles, Katz said. The key will be to provide incentives to encourage the practice, he said.

A plan the utility submitted to the Colorado Public Utilities Commission in May includes programs aimed at encouraging car owners to charge in off-peak hours, said Alice Jackson, Xcel Energy-Colorado president. Options include timers that allow people to “set it and forget it” as well as rebates and installation of charging equipment.

To make it easier for more people to drive electric vehicles, Xcel Energy will work with landlords and tenants in apartments and other buildings to wire the sites and implement programs that allow car owners to make monthly payments for charging.

Xcel Energy plans to go to all-electric company sedans by 2023, electric light-duty vehicles by 2030 and have 30% of its medium- and heavy-duty vehicles be electric by 2030.

A 2019 law requires Xcel Energy and other regulated utilities to submit plans to the PUC if they want to build charging stations and recover their costs.The law removed a prohibition against a regulated utility from owning and operating the equipment.

Under former Gov. John Hickenlooper, Colorado began writing a plan to increase the number of electric vehicles owned by individuals and in public and commercial fleets. The state is using money from its share of a national settlement between Volkswagen and the federal government to build fast-charging stations across the state.

Colorado received $68.7 million from the deal with Volkswagen over allegations that the auto company modified computer software to cheat on federal emissions tests. 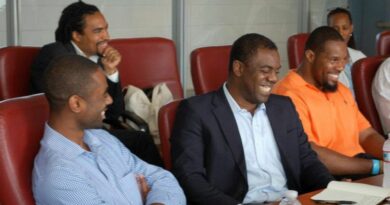