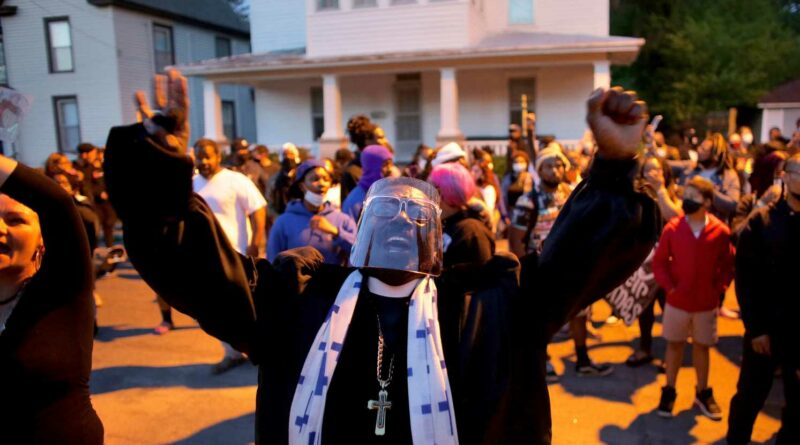 State of emergency declared in parts of North Carolina

Lawyers and a family member of Andrew Brown Jr. say they were only allowed to watch 20 seconds of body-camera video of the Black man’s fatal encounter with law enforcement in North Carolina last week. Fearing “a period of civil unrest,” Elizabeth City Mayor Bettie Parker declared a state of emergency that will extend at least into Tuesday, continuing “until deemed no longer necessary to protect our citizens.” Authorities held the video to redact the footage before allowing the family and lawyers to view it. “We do not feel that we got transparency,” Benjamin Crump, one of the lawyers representing the family, said at a news conference. Brown, 42, was shot and killed by Pasquotank County sheriff’s deputies serving drug-related search and arrest warrants. Protesters have demanded the video to be released publicly.

The Centers for Disease Control and Prevention was expected to unveil new guidance on outdoor mask-wearing for unvaccinated individuals Tuesday, ahead of a planned speech by President Joe Biden on the state of the COVID-19 pandemic response. Officials said a focus will shift to easing guidance for vaccinated people, both in recognition of their lower risk and to provide an incentive to get shots. “We’re excited about the progress we’ve made, and the opportunity ahead of us, and because of the vaccination program we built we’re further along than almost anyone predicted,” White House COVID-19 coordinator Jeff Zients said Monday. One state taking its own action is Kentucky, as people there will no longer be required to wear masks at outdoor events with fewer than 1,000 people beginning Tuesday, Gov. Andy Beshear said in easing his rule to fight the spread of the coronavirus. But the change doesn’t alter masking requirements when indoors.

Priscila Medina received an antibody treatment available for those pre disposed to severe symptoms from COVID-19. doctors say more and better treatments are clearly needed as more than 70,000 cases are recorded each day in the United States. (April 26)

Tuesday will be the first full day Apple users could have to decide whether they will allow apps to track them. Once users update to iOS 14.5 on iPhones – or update iPadOS – then launch apps such as Facebook, they are likely to get some prompts asking whether they want to let the apps track them across other companies’ apps and websites. This has been a sore spot for Facebook, as less access to such data could crimp its U.S. digital advertising business, estimated by eMarketer to be about $40 billion. Consumers should appreciate the tracking because it helps Facebook deliver better, targeted advertisements, the company says. Apple CEO Tim Cook has said data collection is excessive and could be exploited.

With this software update to Apple iPhone and iPads, apps must ask permission of device owners to track their activity across other apps and sites.

Investors will look to the Federal Reserve as the nation’s central bank will begin a two-day policy meeting Tuesday. The Fed is expected to keep its key lending rate close to zero and to inject more money into the financial system through bond purchases. The Conference Board will release its April snapshot of U.S. consumer confidence Tuesday. The consumer confidence index surged to 109.7 in March, up from 90.4 in February and the highest reading in a year, as increased COVID-19 vaccinations and more government support helped boost optimism. Most economists are forecasting strong growth in coming quarters, powered by a surge in consumer confidence and spending, which accounts for 70% of economic activity. Investors also are gearing up for the busiest week for earnings this season. Of the 500 members of the S&P 500 index, 181 will report this week.

Top Federal Reserve policymakers underscored their concern that Black and Hispanic people are sharply underrepresented in the economics field, which lessens the perspectives that economists can bring to key policy issues. (April 13)

The NFL draft is rapidly approaching this week, and the rumor mill is likely to continue working overtime Tuesday as the event draws closer. Reports are circulating about whether the New England Patriots will move up, which quarterback the San Francisco 49ers are targeting with the No. 3 overall pick, or if the Atlanta Falcons are fielding trade offers for their perennial Pro Bowl wide receiver Julio Jones. With just over 48 hours until NFL commissioner Roger Goodell officially puts the Jacksonville Jaguars on the clock for the No. 1 pick, USA TODAY Sports has unveiled its rankings of the top 50 prospects as well as going through the exercise of an experts’ mock draft.

Sports Seriously: Our NFL draft experts provide their final mock draft – with a twist. How do you think they fared? Plus we talk NFTs, Trevor Lawrence, and sports Oscars

Best and Worst States to Be a Teacher 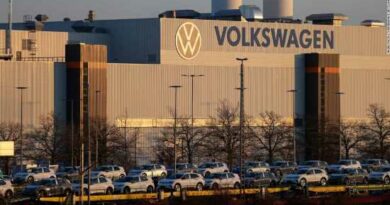 Demand for electric cars has grown slowly. But the tsunami is coming