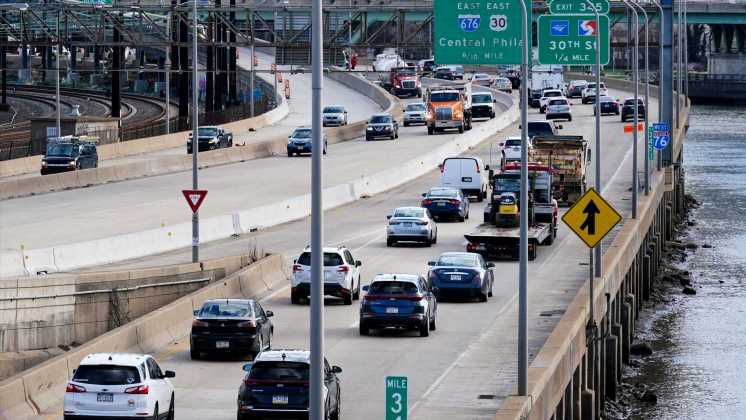 The claim: U.S. interstates must ‘be straight’ for one mile out of every five so they could be used as airstrips

A small plane merged with traffic on I-35 in Minnesota in December 2020, touching down in the westbound lanes before crashing into a vehicle and coming to rest along a highway divider.

Nobody was injured in what the Minnesota State Patrol called a “suspected emergency landing.” Footage of the landing shows the pilot touched down on a straightaway, just before the interstate bends left.

The June 6 post claims the interstate system “requires that one mile in every five must be straight” so they could be used as airstrips during war or other emergencies. It has been shared more than 4,800 times.

Not so, according to the Federal Highway Administration. The agency has been debunking the claim for decades.

“I will conclude by saying that, for all I know, there are 293 ways to make change for a dollar, snails can sleep for three years without eating, and an ostrich’s eye is bigger than its brain,” FHWA historian Richard F. Weingroff wrote in 2000. “BUT NO LAW, REGULATION, POLICY, OR SLIVER OF RED TAPE REQUIRES THAT ONE OUT OF FIVE MILES OF THE INTERSTATE HIGHWAY SYSTEM MUST BE STRAIGHT.”

President Dwight D. Eisenhower signed the Federal-Aid Highways Act to establish a funding mechanism for a 41,000-mile network of interstates in 1956.

Then-U.S. Commerce Secretary Sinclair Weeks called it “the greatest public-works program in the history of the world.”

However, the “one-out-of-five rule” was not proposed or included in that legislation or any other law, according to Weingroff. Congress had considered including a flight strip program in the 1944 Federal-Aid Highway Act, but it didn’t make it into law.

Weingroff said in his 2000 debunking of the myth that its origins might have been in “a misreading of history,” specifically in a provision of the Defense Highway Act of 1941 that allowed for a flight strip program.

The flight strips were designed for highway access, but not highways themselves, he wrote.

“This myth is widespread on the Internet and in reference sources, but has no basis in law, regulation, design manual – or fact.  Airplanes occasionally land on Interstates when no alternative is available in an emergency, not because the Interstates are designed for that purpose,” according to an FHWA myth bust of the claim.

The claim that U.S. interstates must “be straight” for one mile out of every five is FALSE, based on our research. The Federal Highway Administration has debunked the viral claim as a “widespread myth,” which says portions of highways must be straight to be used as airstrips during war or other emergencies. No law or agency rule was ever implemented establishing that requirement.