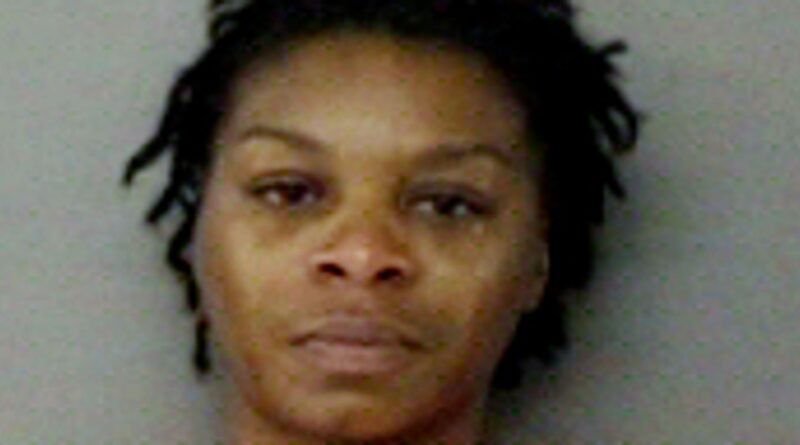 The claim: Sandra Bland was dead in her mugshot photo

A Facebook post from June 2020 that is regaining traction repeats the claim that Bland was dead in her mugshot and purports to have photographic evidence. The post includes a picture showing Bland in an orange jumpsuit with her eyes rolled back into her head.

But Bland was alive when her mugshots were taken. In late July 2015, Waller County, Texas, officials released several hours of video footage showing Bland walking around the jail and sitting for her mugshot.

Skepticism of official narratives about Bland’s death has persisted online for years. Tweets and Facebook posts with the claim have been shared tens of thousands of times.

On July 10, 2015, Bland was booked into the Waller County jail after being charged with assaulting Encinia, who had stopped Bland for failing to signal a turn while driving. Three days later, Bland died by suicide in her jail cell.

The Texas Department of Public Safety later fired Encinia for escalating the situation during the traffic stop. Waller County settled a wrongful death lawsuit with Bland’s family for $1.9 million.

Still, some people felt the details of the case were too strange to be true. Others questioned how a routine traffic stop could have escalated to an assault charge. Nationwide tensions over the deaths of Black Americans in police custody — particularly at traffic stops — and evidence that law enforcement officials edited several segments from the dashcam video also heightened skepticism.

The hacker group Anonymous stoked the flames of conspiracy when it released a video claiming law enforcement officials murdered Bland during the traffic stop and took mugshot photos of her body to cover their tracks.

The claim that Bland was dead in her mugshot has proved popular on social media.

As USA TODAY reported in 2015, video from the Waller County jail proved Bland was alive while her mugshots were taken.

The footage shows Bland walking back and forth in the jail’s entryway. It also shows Bland sitting down for her mugshot and then getting up.

The Facebook post includes two mugshots, one of which shows Bland’s eyes appearing to roll back in her head.

Gary Hershorn, who spent more than 30 years as a photography editor for Reuters, said it would be easy to alter Bland’s eyes from the official mugshot to make them appear to roll back. But Hershorn said based on the low-resolution Facebook post it’s impossible to tell for certain whether the image was manipulated.

We rate the claim that Sandra Bland was dead in her mugshot photo FALSE, based on our research. Waller County officials released video that shows Bland alive as her mugshot was taken.

‘Have to figure it out ASAP’: Astros’ Alex Bregman and Gerrit Cole fail to deliver in Game 1 loss