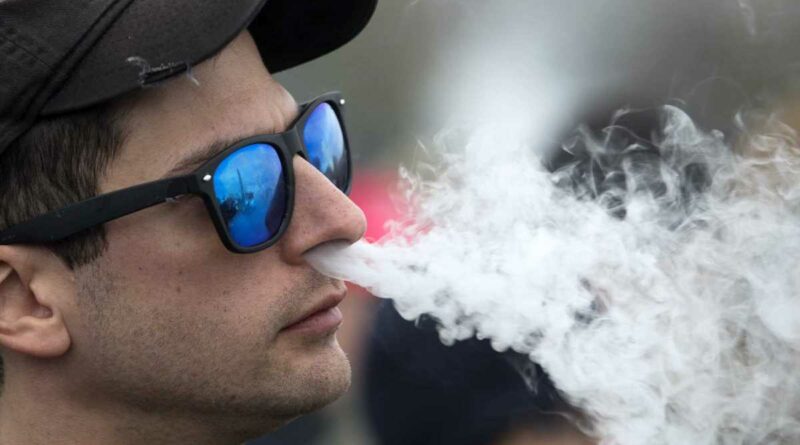 The Food and Drug Administration announced Tuesday that it will allow a unit of British American Tobacco to keep selling its Vuse Solo e-cigarettes in the United States.

The decision is part of the agency's broader review of the vaping industry, following years of pressure from politicians and public health groups to regulate the segment as strictly as other tobacco products.

The decision marks the first time the agency has approved an e-cigarette brand for sale in the U.S. However, the approval doesn't include some of the flavored products submitted by R.J. Reynolds Vapor Co. under the Vuse Solo brand.

"The manufacturer's data demonstrates its tobacco-flavored products could benefit addicted adult smokers who switch to these products – either completely or with a significant reduction in cigarette consumption – by reducing their exposure to harmful chemicals," said Mitch Zeller, director of the FDA's Center for Tobacco Products, in a statement announcing its decision.

The FDA gained the power to regulate new tobacco products in 2009. Over the last decade, thousands of e-cigarettes appeared on store shelves without any approval from the agency, which allowed the sale of those products as it phased in standards for the burgeoning industry.

E-cigarettes deliver nicotine to users by vaporizing liquid in cartridges or pods. Nicotine is the ingredient that makes tobacco addictive, and it may have other negative health effects. However, e-cigarette manufacturers have argued that their products can deliver nicotine to addicted adult smokers without the health risks that come along with burning tobacco.

The FDA is in the process of reviewing roughly 6.5 million applications from about 500 companies and has yet to rule on all of these products. Tens of thousands of applications have been denied from smaller players like JD Nova Group and Great American Vapes, particularly for flavored vaping products.

A decision is still pending for the brand Juul, which at one time had dominated the market. Juul had sold fruity flavors like mango, but suspended the sale of these products in October 2019. It currently sells a tobacco and menthol flavor. (Marlboro owner Altria owns a 35% stake in Juul.)

In its decision Tuesday, the FDA said it was aware that 10% of high school students who used e-cigarettes named Vuse as their usual brand in the 2021 National Youth Tobacco Survey.

In 2019, federal data found that more than 1-in-4 high school students had used an e-cigarette in the past 30 days, up from 11.7% just two years prior. By last year, that number fell to 19.6% of high school students amid greater regulatory scrutiny and the coronavirus pandemic.

"The agency takes these data very seriously and considered risks to youth when reviewing these products," it said. However, it believes the data suggests that many teen e-cigarette users begin with products flavored like candy, fruit or mint.

"These data reinforce the FDA's decision to authorize the tobacco-flavored products because these products are less appealing to youth and authorizing these products may be beneficial for adult combusted cigarette users," it said.

The approval of Vuse Solo was met with criticism by anti-tobacco groups. The American Lung Association said it was "dismayed" by the FDA's decision.

In a statement, the group said youth vaping is still at critical levels. "Completely removing high-nicotine products like Vuse from the market and ending the sale of all flavored e-cigarettes products, including menthol, is the clear path to ending the youth vaping epidemic," the ALA said.

Economies are still quarters away from returning to pre-coronavirus levels, warns Amundi

Singapore has scope to be a safe, secure meeting place for businesses amid Covid-19: Chan Chun Sing