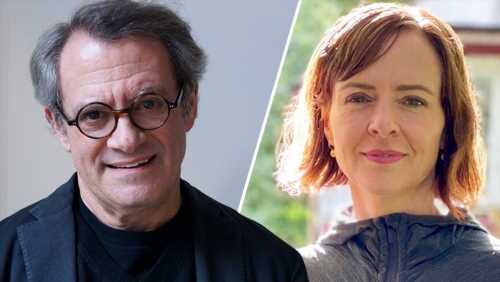 Terms weren’t disclosed for the deal, which bolster Superprod’s U.S. development and production footprint with an expanded bicoastal presence.

Shwalbe launched The Co-Production Company in March of 2021 with Superprod as an initial backer. Prior to DreamWorks, he was EVP, Managing Director, at Classic Media; founded production and distribution company Splendid Television; headed global sales at HBO; served as VP, Marketing and Co-Production for 20th Century Fox in Paris; and was Director, Sales and Co-production for MGM in Los Angeles.

He will work closely with Superprod founders CEO Clément Calvet and COO Jérémie Fajner to expand the decade old company’s North American footprint and manage and produce a diverse slate of live-action and animated productions.

“Doug’s expertise in acquiring exceptional IP, developing projects, securing financing and finding distribution partners is second to none,” said Calvet. “He will be a tremendous asset to Superprod – working on both existing projects and bringing new content and concepts into the company to be developed. We could not be more excited to welcome him to Superprod.”

“Superprod has been aggressively working to expand its global footprint,” added Fajner. “Bringing Doug onto our team, and adding the assets and equity associated with The Co-Production Company, enables us to build upon our North American presence in a way that is immediately impactful and extremely effective.”

“It has been my great pleasure both personally and professionally to work with Clement and Jeremie since the inception of Superprod ten years ago,” said Schwalbe. “They have created an incredible production and distribution organization and we see many great opportunities to continue to grow the company while expanding its North American presence.”

SAG-AFTRA To Pursue Pay For Auditions Under Specific Circumstances

WB Discovery CEO David Zaslav On Rumored Merger Talks: “We Are Not For Sale”

SUVs Get Parked in the Sea, Revealing Scope of U.S. Auto Market Glut