Home » Genesis returning to the US for The Last Domino tour, their first in 14 years 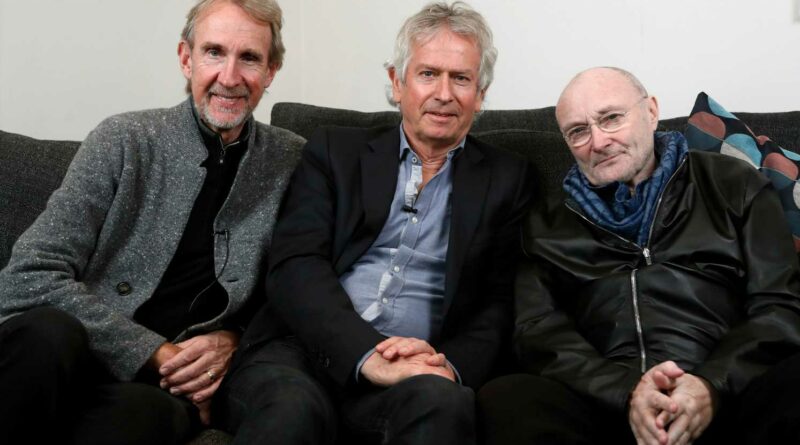 NEW YORK — English rock band Genesis is returning to the U.S. for their first tour in 14 years.

Phil Collins, Tony Banks and Mike Rutherford announced The Last Domino? Tour on Thursday, which will kick off in Chicago on Nov. 15.

Genesis will play two shows in the New York area: They visit Madison Square Garden in New York City on Dec. 5 and will play the brand-new UBS Arena in Belmont Park on Dec. 10.

Tickets for the general public go on sale May 7.

On the tour, Collins, Banks and Rutherford will be joined by their longtime guitar and bass player Daryl Stuermer and Nic Collins on drums.

Last year Collins reunited with his Genesis bandmates Banks and Mike to bring UK fans one last go around for “The Last Domino?” tour, which was scheduled to take place late 2020.

“I think it’s a natural moment,” Rutherford told BBC Radio 2. “It’s happened very naturally. Phil’s been out on tour the last two-and-a-half years doing his stuff and it sort of seemed … the natural moment to have a conversation about it. We’re all good friends, we’re all above grass and here we are.”

Due to the COVID-19 pandemic, Genesis had to postpone their reunion tour to September 2021.

The brothers went viral last year for their “First Time Hearing” YouTube series where they offer their live reactions to songs they’re hearing for the first time. So far, the twins have resurfaced Phil Collins’ 40-year-old classic “In the Air Tonight.”

USTR And Mnuchin In China Next Week For Trade Talks

Do Rising Jobless Claims Signal a Double-Dip to the Recession?