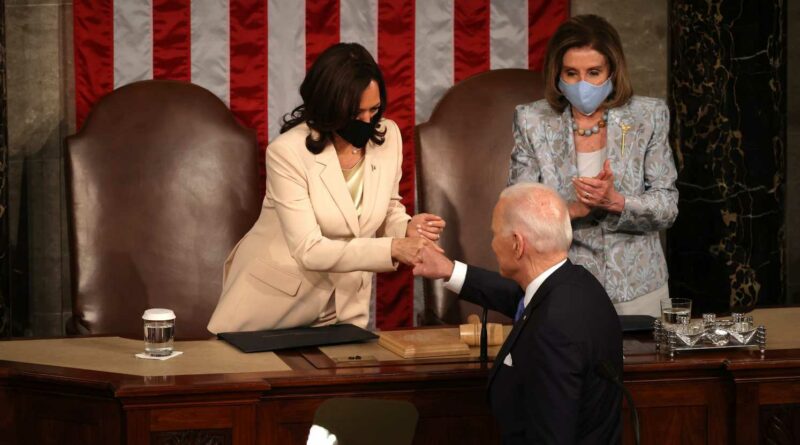 WASHINGTON — Vice President Kamala Harris said America is not a “racist country” but the nation must “speak the truth” about its history with racism on ABC News’ “Good Morning America” on Thursday.

The vice president’s comments were in response to Sen. Tim Scott, R-S.C., who gave the Republican Party’s rebuttal to President Joe Biden’s speech to Congress on Wednesday.

Scott, the only Black Republican in the Senate, spoke about his own experience with racism in the U.S. The senator contended “America is not a racist country” and said progressives  perpetuate discrimination akin to Jim Crow-era policies.

‘Your president has your back’: President Biden addresses transgender Americans

“A hundred years ago, kids in classrooms were taught the color of their skin was their most important characteristic. And if they looked a certain way, they were inferior. Today, kids again are being taught that the color of their skin defines them, and if they look a certain way, they’re an oppressor,” Scott said in his speech

Harris, the country’s first Black and first Indian American vice president, disagreed with some – but not all – of Scott’s statements.

“Well, first of all, no, I don’t think America is a racist country, but we also do have to speak the truth about the history of racism in our country and its existence today,” Harris said while praising Biden’s comments on race and domestic terrorism in his first joint address to Congress on Wednesday.

She applauded Biden for “having the ability and the courage to speak the truth” about the country’s history with racism.

“He spoke what we know from the intelligence community: One of the greatest threats to our national security is domestic terrorism manifested by white supremacists,” Harris said, referencing reports from federal law enforcement and intelligence agencies identifying white supremacists as a persistent and rising terror threat.

“And so these are issues that we must confront, and it does not help to heal our country, to unify us as a people, to ignore the realities of that,” the vice president said. “The idea is that we want to unify the country but not without speaking truth and requiring accountability where it is appropriate,” she urged.

Joe Biden taught me about loss and love. Now, he can teach us how to make a graceful exit.