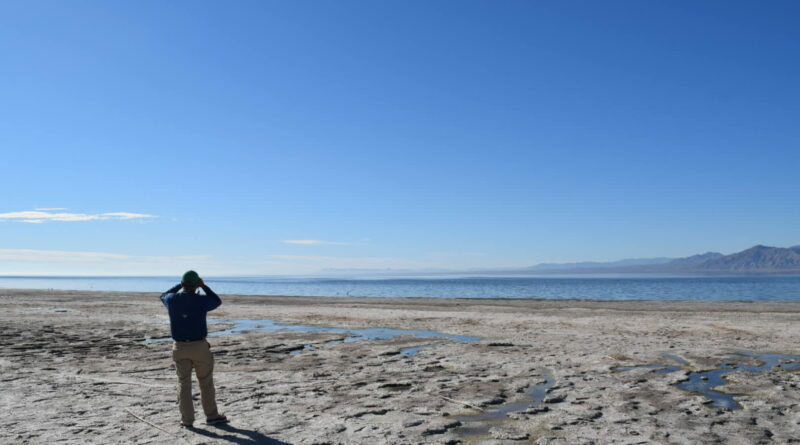 IMPERIAL COUNTY, CALIF. — The vision for Salton City was clear: A bustling, resort community along the crystal blue waters of the Salton Sea. Residents could enjoy their own boat docks and stroll down palm tree-lined streets to the beach.

The city's reality is more grim. Instead of a vacation spot, it feels like a post-apocalyptic ghost town. Most of the homes were demolished or never built. The palm trees are stumps. And the sea, while beautiful, is toxic.

"People here used to fish, swim, bring their boats," said Frank Ruiz, Audubon's Salton Sea Program Director, as he stood by a crumbling dock on land that once held water. "They went from living in paradise to living in hell."

Here in the southeastern corner of California, flanked by sprawling mountains and desert, lies the state's largest and most troubled body of water, along with the mostly abandoned communities near its shore.

The shrinking of the Salton Sea could be a preview of what will happen in other communities across the U.S. West as water supplies become less predictable with climate change. Years of drought have severely depleted reservoirs that feed the Colorado River and looming water cuts could affect millions of people.

The landlocked lake was created in 1905 when an accidental inflow of water from the Colorado River filled a low-lying depression in the desert called the Salton Sink. The lake grew to 400 square miles in just a couple years and remained full because of drainage water from farms mostly in the Imperial Valley.

Tourism and wildlife flourished at the sea in the mid 1900s. During the 20th century, California lost about 95% of its wetlands and inland lakes, which made Salton a critical habitat for millions of migratory birds.

In the 1970s, the lake began to experience rising salinity levels and contamination from agricultural runoff. Now, the lake's ecosystem is collapsing, and scientists forecast the water could become so salty that only bacteria will be able to survive. In 1999, the sea covered 375 square miles but has since shrunk by more than 45 square miles.

Many of the more than 400 bird species reliant on the sea are dying, and all but one fish species has died off in the sea's main body of water, according to the National Audubon Society. Former lakebed is turning into exposed playa, which has created a public health hazard for more than 650,000 people.

The lakeside homes in Salton City, the populated tourist beach of Bombay, and the yacht club that once hosted prominent figures like Frank Sinatra and the Beach Boys are now mostly deserted and badly polluted.

"Fifty years ago, you'll find restaurants, night clubs and golf clubs here," Ruiz said of the abandoned yacht club on the northeastern shore of the sea. The club was closed in the 1980s after its jetty was destroyed by fluctuating water levels. It's since been converted to a museum about the lake's history.

"Now look at what we have," Ruiz continued. "The worst environmental, health and economic crisis in modern history."

The Salton Sea has been shrinking for decades, but the problem has grown severe in the past few years.

The major cause of the sea's water loss stems from California's effort to use less water from the Colorado River, which supplies water and power for more than 40 million people across California, Arizona and several other states.

Lake Mead and Lake Powell, the major reservoirs on the river, are experiencing a record decline in water levels while water demand from surrounding cities and suburbs remains high. The federal government will begin rationing water from Lake Mead for the first time next January.

In order to reduce its reliance on the river, California in 2003 struck a deal with the Imperial Irrigation District, which supplies Imperial Valley farmland with Colorado River water, to transfer as much as 200,000 acre-feet of water to coastal San Diego for up to 75 years.

The deal, called the Quantification Settlement Agreement, was the largest agricultural-to-urban water transfer in U.S. history. To mitigate damage to the Salton Sea, the deal mandated that the Imperial Irrigation District send additional water to Salton through 2017.

Imperial Valley farmers continued to farm many of the country's winter vegetables successfully while consuming less water. Even after the water transfer, the Imperial Valley uses more than half of California's entire water draw from the Colorado River, according to data from the U.S. Bureau of Reclamation.

When the deal expired as planned, the decline in quality and quantity of water inflows from Imperial Valley to the Salton Sea accelerated, and the Imperial County Board of Supervisors declared a local state of emergency over air pollution at the sea.

Progress has been slow and the cost of inaction is significant. A combination of worsening air quality, a loss of ecological habitat, declining recreational revenue and property devaluation could cost up to $70 billion over three decades, according to a report published in 2014.

Imperial County, one of the poorest counties in California with predominantly Latino residents, has been especially affected by a rotten-egg odor from hydrogen sulfide overrunning the sea's oxygen-deprived water. It's also exposed to the dust billowing from dry lakebed, which contains toxins like arsenic and selenium.

Imperial is now known for some of the worst air quality in the country. It has the highest rate of asthma-related emergency room visits for children in California — about double the state average, according to research in the International Journal of Environmental Research and Public Health.

The sea highlights an environmental justice crisis in the state, as some experts point out that policy delay and inaction is linked to the fact that populations living closest to the sea are predominantly low-income, communities of color.

"If the sea was next to Los Angeles, it would have been fixed long ago," Ruiz said. "But it's next to poor communities — and they don't have the political leverage."

"I think things will change when the sea starts affecting wealthier communities in Palm Springs," Ruiz added. "When the gated communities start feeling the effects of poor air quality, more action will be taken."

Robert Schettler, a spokesperson for the Imperial Irrigation District, said the district is working on some projects at the sea, like smaller air quality mitigation plans and vegetation establishment, but said the solutions are the state's responsibility.

"It's a huge problem that needs immediate attention," Schettler said. "IID understands the interest in seeing the issues at the Salton Sea get the attention they deserve, and while action may be slow in coming, we are pleased to see that more has been happening."

California is far from a fix

County officials for years have urged California to move forward delayed plans to build wetlands along the lake's exposed shoreline.

In 2018, California instituted the Salton Sea Management Program to manage the crisis. The state's Natural Resources Agency unveiled a 10-year plan to construct 30,000 acres of habitat and dust suppression projects and is evaluating importing water.

One possibility is bringing in water from the Sea of Cortés, desalinating it and pumping it into the lake, though it would be expensive. Another idea is to lease water from agricultural users in the Imperial Valley.

California has committed over $270 million in funding to implement habitat, dust suppression and water quality improvement projects at the sea. The state also committed another $220 million for the sea earlier this year as part of Gov. Gavin Newsom's water infrastructure and drought response proposal.

It's also building a $206 million Species Conservation Habitat Project, the first large-scale habitat project for the sea. The project, which is home to wildlife like egrets and shorebirds, is set to be completed in 2023.

But the state's work on the Salton Sea has been slower than promised.

By the end of 2020, the state had constructed a total of 755 acres of dust suppression projects — its original goal was 1,750 acres — and had not completed any habitat projects, according to the Salton Sea Management Program's 2021 report.

Michael Cohen, a senior researcher at the Pacific Institute, has studied water use in the Colorado River basin and the management of the Salton Sea for more than two decades. Cohen said the crisis has "absolutely not" been adequately addressed and prioritized by the state.

"The state is well behind schedule on the restoration of Salton Sea," Cohen said. "There's a lot of money available and a lot of water. But they haven't staffed up quickly enough. And there's a lot of bureaucracy, which takes a long time."

"The challenges of the Salton Sea are complex and urgent, and further degradation of the sea will compound existing problems," Arturo Delgado, assistant secretary for Salton Sea Policy at the Natural Resources Agency, said in a statement.

"We recognize that progress has been slow in the past, but the state and its partners have demonstrated a solid commitment to deliver projects on the ground," Delgado said. "While the past has seen many delays, we have built strong momentum in recent years and have added key staff to expand our capacity."

One major economic prospect is lithium extraction. As the sea's shoreline recedes, it exposes playa that can provide access to lithium, a component of electric vehicles and energy storage.

The state's energy commission has provided funding to energy companies to explore for lithium, with the vision that geothermal development and lithium recovery could provide clean energy and spur local job growth.

The Salton Sea can never be restored to what it once was, since California doesn't have enough water to fill it again and climate change continues to worsen drought conditions.

But while progress towards addressing the crisis has been stalled, experts urge that it's not too late for California to find and implement fixes.

"We have a moral obligation to look after the wildlife and communities affected by the Salton Sea," Ruiz said. "I'd love to see this lake full of water, but it's not feasible. The solution is for communities, water districts and environmental groups to find common ground and protect it."

This family sold their house to live in an RV—now they earn over $80,000 a year traveling across the US 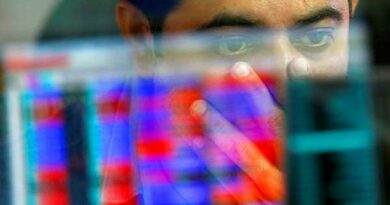