Home » Business » Half Of US Population Fully Vaccinated 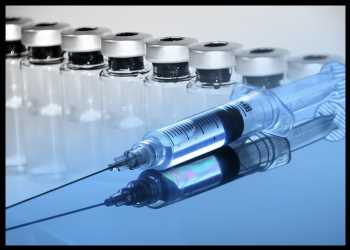 As the Biden administration stepped up its vaccination drive in the wake of a resurgence of the COVID pandemic, driven by the Delta variant, half of the U.S. population have been fully vaccinated by the weekend.

As per the latest data published by the Centers for Disease Control and Prevention, a total of 166,477,481 people in the United States received both doses of the vaccine to protect against the coronavirus.

351,400,930 vaccine doses have been administered so far nationally.

White House Press Secretary Jen Psaki said that as a trend over the last few weeks, states with the highest case rates are seeing their vaccination rates grow the fastest.

Several businesses, campuses and many other institutions are stepping up on vaccination requirements.

United Airlines on Friday announced it will require all of its roughly 85,000 employees to be vaccinated by the end of September.

Mass vaccinations began in the U.S. on December 14, 2020. Currently three types of vaccines – Pfizer-BioNTech, Moderna or Janssen – are used to inoculate.

Coronavirus pandemic gives trucking industry 'wind in its sails' for 2021