Pledge made to protect UK manufacturing and engineering jobs and apprenticeships

A UK defence manufacturer that supported coalition forces in Afghanistan has agreed to a £2.6bn takeover by the rival private-equity-backed aerospace firm Cobham.

The boards of Ultra Electronics and Cobham said on Monday that they had agreed a deal at £35 a share, more than 40% higher than Ultra’s all-time record share price.

Dorset-based Cobham, itself owned by the US investment firm Advent since a £4bn deal in 2020, said the combined company would play a “mission critical” role in defence and security for the “five eyes” network of intelligence allies – the UK, US, Australia, Canada and New Zealand.

It has offered binding commitments to the UK government to secure its blessing for the deal, including protection of sovereign defence capabilities, funding of the pension scheme and investment in the UK.

The deal is on course to be part of a near £10bn UK aerospace sell-off, with the fellow British defence firm Meggitt, which specialises in wheels and brakes for fighter jets, also the subject of fevered US takeover interest with a potential offer at more than £7bn.

Ultra Electronics specialises in hi-tech systems that give military forces an advantage in the air, on land and at sea, via the detection of emerging threats.

This has included systems to help detect improvised explosive devices and intercept communications in Afghanistan, where a 20-year intervention by powers including the UK and US is crumbling as the Taliban regain control.

Ultra’s chief executive, Simon Pryce, said the £2.6bn offer, at a hefty 63% premium to the company’s share price before Cobham made its intentions clear in June, “reflects the significant progress and value that has been created by the whole Ultra team”.

Cobham’s pursuit of Ultra Electronics has been aided by the presence of former defence officials from the US and UK governments.

“As a former US Secretary of Defense, I have seen first-hand the enduring importance of a close military relationship between the UK and the US,” said Cobham’s non-executive director Mark Esper.

“I am also aware of the evolving threats our two nations, and our allies, face. As such, it is essential that we have defence companies capable of meeting our joint security needs. The enhanced capabilities of a combined Cobham and Ultra promise to deliver significant benefits to both countries.”

The UK government can block takeovers on several grounds, including any risk to national security, and has previously said it was monitoring the prospective deal closely.

However, Cobham has offered a long list of commitments that it hopes will ensure government assent.

It will also pledge to protect UK manufacturing and engineering jobs and apprenticeships, as well as creating new ones and maintaining Ultra’s London headquarters.

Other promises include investment in UK research and development, and funding Cobham’s pension scheme.

The company said its delivery on those promises would be monitored via a “forum” with government officials.

The takeover extends a buying spree in which deep-pocketed US private equity firms have bought or made a bid for a series of British companies, including the supermarkets Asda and Morrisons, the roadside assistance company the AA, the infrastructure firm John Laing and the insurer LV=, among others. 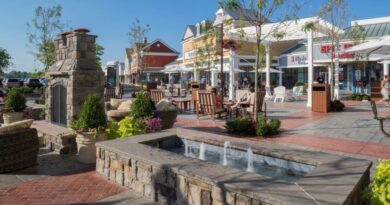