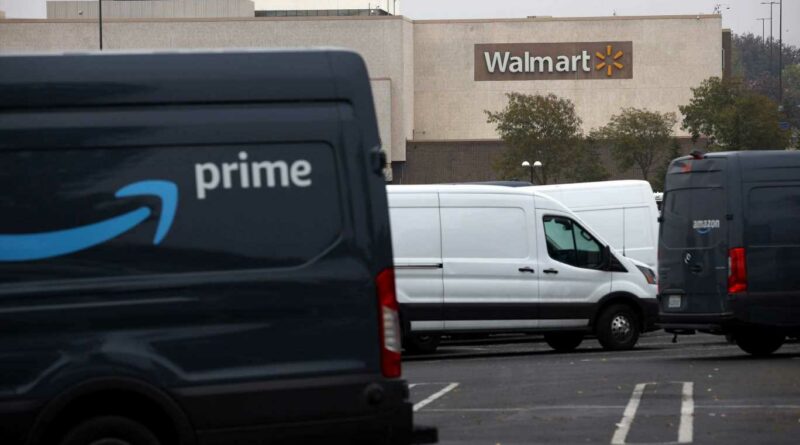 Amazon on Thursday confirmed that its annual Prime Day deals event will be shifting earlier this year, as the e-commerce giant looks to boost spending in what is normally a slower time in the retail calendar.

The company has yet to confirm the specific date. The two-day shopping extravaganza originally has been held in July, but Amazon said it will now take place in its second quarter, implying a June event.

Amazon has provided a second-quarter outlook for revenue of between $110 billion and $116 billion — which surpassed Wall Street's projection of $108.6 billion, as it included an expected bump from Prime Day.

During an earnings conference call, Chief Financial Officer Brian Olsavsky said Amazon intended to hold Prime Day earlier in the year in 2020, but those plans were thwarted due to the Covid pandemic. Instead, the event was delayed until October, resulting in an earlier-than-ever kickoff to the holiday shopping season.

"There're a number of factors," Olsavsky said about why Amazon is moving the event up. Among those reasons, the CFO cited the Olympics taking place in July, as well as it being a "vacation month" for many families.

"It might be better — for customers, sellers and vendors to experiment with a different time period," he said. "We experimented the other way … in 2020, by moving it into October. But we believe that it might be better timing later in Q2. So that's what we're testing this year."

In past years, Prime Day has prompted retailers from Walmart to Target to Kohl's to offer competing promotions. And it likely will do so again.

"It creates excitement out of nowhere, right out of a vacuum," Juozas Kaziukenas, founder and CEO of Marketplace Pulse, said about Prime Day.

"People will just buy more things … and maybe it is a good time to do it in June, earlier," he said. "Because there's a lot of excitement about things getting back to normal, and people probably are going to be buying more clothing items and more travel-related items — that they have not been buying for a very long time."

In the past, Amazon has used Prime Day to push and promote its fashion offerings, a growing part of its business. This could be its biggest opportunity yet to do so, as many Americans are emerging from their so-called pandemic cocoons and are refreshing their wardrobes.

The new timing could also prompt an earlier kickoff to back-to-school shopping for many parents. After the winter holidays, the back-to-school season is the second-busiest retail occasion.

By moving Prime Day into the second quarter, Amazon could be looking to soften the comparisons it will face as it laps the stay-at-home lockdowns last spring, when business boomed. In 2020, Amazon's second-quarter revenue surged 40% to $88.91 billion, thanks in large part to shoppers' stockpiling during the health crisis.

"They've got a big number to beat," said Neil Saunders, managing director of GlobalData Retail. "All retailers are going to suffer from this. It's not manipulation, but it's definitely putting the trade where it needs to go to make the numbers look very positive."

Other retailers, such as Walmart and Target, also saw a second-quarter surge in sales since they were deemed essential retailers and remained opened during the spring months. While others had to shut down stores temporarily due to Covid restrictions.

Amazon didn't disclose the amount of sales it rang up on Prime Day last year, but it said third-party sellers on its marketplace earned more than $3.5 billion, an increase of nearly 60% compared with 2019 and a record for the small and midsize businesses that make up the marketplace.

"Prime Day is kind of a fake holiday," Kaziukenas said. "But I think it has enough excitement and enough marketing that whatever they put out, will sell."

European shares hover around nine-month highs, while gold gets a boost from a weaker dollar and cryptocurrencies slide | Currency News | Financial and Business News