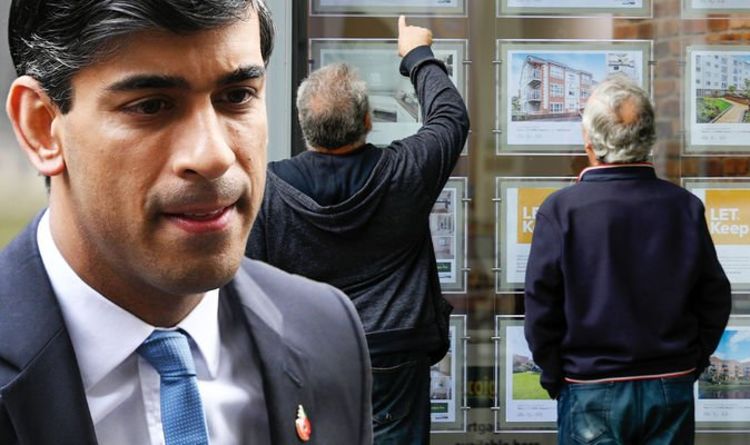 Ahead of Rishi Sunak’s Budget announcement, the Bank of England has warned inflation may rise to five percent this year, which may, in turn, cause interest rates to rise to match it. Indeed, if interest rates rise on mortgages in the coming months, Jonathan Rolande, from House Buy Fast, insisted it could cause “enormous” costs for homeowners. With interests rates on fixed-term mortgages having been so low for such a long period of time, he claimed any percent rise in the current climate could be substantial for Britons.

Asked on the rise of interests rates for mortgages, Mr Rolande told Express.co.uk: “Well, it would be quite substantial, really, because it will only because they’re so low at the moment.

“The base rate is 0.1 percent, so you know, just a half percent here and there, as a percentage of actually what people are paying will be enormous.

“My fear that it will be the cumulative effect of the sort of cost of living will be interest rates, tax, insurance going up, petrol, natural food, these sorts of things.

“So yes, it really will be not a disaster on its own but in conjunction with other things.

“People will feel it very quickly.”

Currently, the Bank of England’s base rate is set at 0.1 percent.

On average, fixed-term interest rates for mortgages range from 1.83 percent to 2.6 percent currently, according to Statista.

While those under fixed-rated mortgages would be protected, those on variable rates could be hit hard by an increase in interest rates from the Bank of England.

Earlier this month, some financial markets were predicting an interest rate increase from 0.1 to 0.25 percent.

There are further fears that may eventually rise to one percent by August.

The Bank of England will hold a meeting next month to decide on the interest level.

Earlier this month, Huw Pill chief economist of the Bank of England told The Financial Times: “I would not be shocked, let’s put it that way, if we see an inflation print close to or above five percent.

“And that’s a very uncomfortable place for a central bank with an inflation target of 2 percent to be.”

These predicted increases come as Britons across the country face an increase in national insurance, loss of the Universal Credit uplift and council tax increases.

Indeed, HSBC economist Elizabeth Martin said could face a £50billion deficit because of rapidly increasing debt interest costs over the next five years.

Speaking to the Daily Telegraph, she said: “The higher debt service spending reduces the Chancellor’s room for manoeuvre going forward.

“This is particularly in conjunction with the new borrowing rules he is set to announce.”