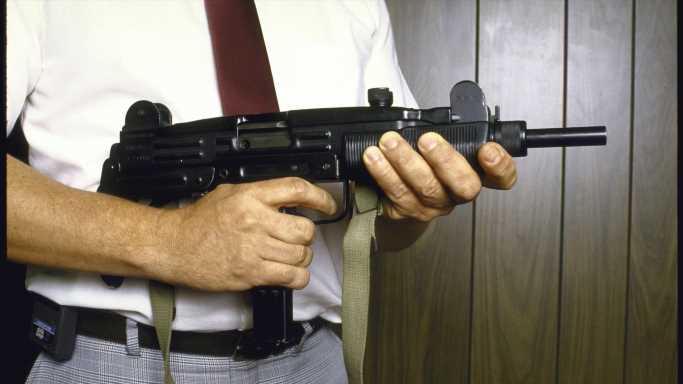 The United States is in the midst of a period of historic inflation. The average price of goods and services was up a multi-decade high of 9.1% year over year in June 2022. And though inflation has cooled somewhat since, very few market segments have been spared from surging prices, and consumers are still feeling the pinch – including sports men and women.

Rising ammo prices in the pandemic era are the continuation of a trend that began long before the current inflation crisis. Small arms ammunition prices shot up 157% from 2000 to 2022, a period in which inflation climbed by a relatively modest 70%. To illustrate the impact of rising prices, a box of 20 .223 caliber rifle rounds cost about $12 in the year 2000. Today, the same ammunition costs more than $30.

Using data from the Bureau of Labor Statistics, 24/7 Wall St. determined how much ammunition prices have climbed each year since the 1970s. Changing prices were calculated using the producer price index for the small arms ammunition manufacturing industry, as the BLS does not track ammunition prices on the consumer side. Though producer prices may not be an exact match to what consumers pay in a given year, producer costs are ultimately passed down to the consumer.

The largest single-year increase in ammo prices since 1976 occurred in 2008, when the small arms ammunition manufacturing price index climbed by 23%. The second largest increase took place a year earlier, when the index rose by 14%. Partially as a result, between 2004 and 2015, ammunition prices more than doubled. Recent years have also seen significant price increases, with ammo production costs spiking 7% in 2022 and 8% in 2021. (Here is a look at the states where the government is profiting the most from gun and ammunition sales.)

Rising ammunition prices often occur during times of scarcity. The U.S. went through several ammo shortages between 2008 and 2016 that some industry experts attribute to panic buying. More recent price increases are linked to soaring demand, as gun sales hit record highs during the pandemic. This coincided with supply chain disruptions, a decline in lead refinement, and increased competition and scarcity of raw materials such as copper and gunpowder. (Here is a look at which Americans own the most guns.)

Click here to see how the price of ammunition has changed each year since the 1970s.

How Pandemic Aid Attracted Hordes of Gleeful and Gutsy Scammers