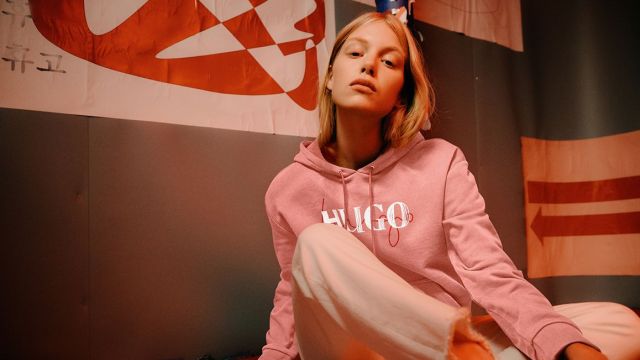 Hugo Boss reported that currency-adjusted revenues slid 8 percent in the first quarter of 2021 to 497 million euros.

In 2019, which can be seen as the last “normal” financial year before the pandemic struck, Hugo Boss made 664 million euros in Q1 sales.

The company characterized the latest results as a positive though, stating that the decrease in sales had been limited and that Hugo Boss was continuing its gradual recovery after the brand, which is best known for formalwear, had been heavily impacted by the COVID-19 pandemic.

“Despite ongoing implications of the pandemic, especially in Europe, we have seen a solid and promising start into the year,” Yves Müller, the spokesperson for the company’s board, said in a  statement.

In the last half of 2020, Hugo Boss had made 533 million euros in sales in Q3, and then 583 million in Q4. This indicated an ongoing recovery as countries around the world moved in and out of lockdown and retail re-opened. The drop to 497 million euros this quarter most likely reflects shutdowns at the beginning of this year in Europe, the market where Hugo Boss makes most of its money.

In Europe, around half of Hugo Boss retail points had been closed during the first quarter. “Ongoing lockdowns had a noticeable impact on several key markets such as the UK, France and Germany,” the company said in a statement.

In Europe, Hugo Boss brought in 299 million euros of sales revenue, reflecting a fall of 17 percent, currency adjusted, compared to the previous year. In 2019, sales in Europe totaled 424 million euros.

Sales in the Asia-Pacific region rose 39 percent, currency adjusted, over the first quarter to reach 101 million euros, mostly driven by the return to normal life in Mainland China, an area that Hugo Boss considers an important growth market. This represents a slow return to growth there for Hugo Boss: In the first three months of 2019, the brand had made 107 million euros in sales there.

Müller pointed out that the group’s own online sales had rocketed 72 percent, currency adjusted, to hit 64 million euros, even while its own retail fell 25 percent to 212 million. Wholesale sales rose 1 percent to 204 million euros, reflecting a positive reception for the company’s new summer collection, the brand said.

Hugo Boss said it had benefitted from putting more emphasis on casual wear. The Boss line had brought in 422 million euros worth of sales, representing a decrease of 8 percent, currency adjusted.  Hugo sales totaled 76 million euros, a decrease of 6 percent.

As a result of ongoing uncertainties around the pandemic, Hugo Boss said it would continue to take a cautious approach. Spokesperson Müller said that the Q1 results had given the brand confidence and “we expect both sales and EBIT to recover noticeably in the further course of 2021.”