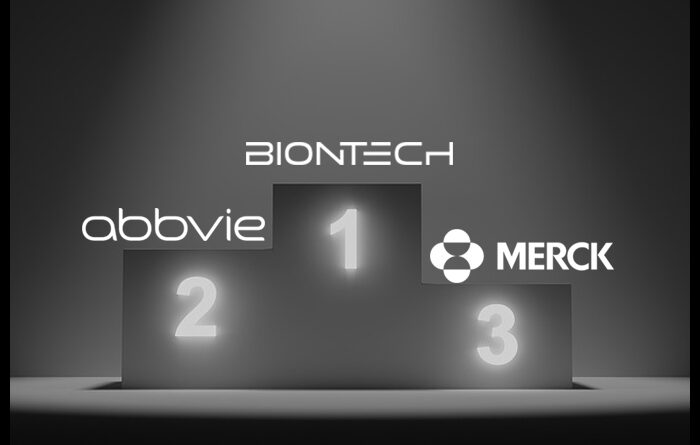 Prevention is always better than cure. The year 2021 saw the global rollout of vaccines being accelerated for the prevention of a new disease. Yes, a disease that has been dominating the headlines since 2020 – Covid-19.

It’s no surprise that the Covid-19 vaccines find a place in the list of top-selling pharmaceuticals. In this article, we will walk you through the top 10 drugs based on this year’s first nine months’ data.

BioNTech SE (BNTX)/Pfizer Inc.’s(PFE) Comirnaty, a vaccine for preventing COVID-19, which has been available since last December, has emerged as the best-seller.

The vaccine generated global sales of $24.3 billion for the first nine months of 2021, and is expected to rake in sales of about $36 billion for full year 2021.

AbbVie Inc.’s (ABBV) Humira, which is used to treat many inflammatory conditions in adults, recorded global sales of $15.36 billion in the first nine months of 2021. The drug generated sales of $19.8 billion worldwide for full year 2020.

Humira appeared on the list of world’s best-selling drug for the first time in 2012 and was retaining the top spot till 2020.

A total of 6 biosimilars to Humira have been already been approved in the U.S. They are yet to be launched and will be entering the market beginning late January 2023.

Meanwhile, yet another company by the name Alvotech, based in Iceland, has also sought FDA approval for its biosimilar version of Humira. AbbVie has been claiming that Alvotech stole trade secrets related to Humira. However, this case was dismissed by a federal judge in Illinois in October of this year. Now, AbbVie has requested the US International Trade Commission to investigate the alleged trade secret theft.

Keytruda, which is the first programmed death receptor-1 (PD-1)-blocking antibody to be approved is indicated for a variety of cancers. This cancer drug received its first FDA approval in 2014 for advanced melanoma and since then has expanded its label to include over 15 indications.

The patent on Keytruda is said to expire in 2028.

The FDA is reviewing the Biologics License Application for Spikevax and a decision is expected in April 2022.

Bristol-Myers Squibb Co.’s (BMY) Revlimid had worldwide sales of $9.49 billion for the first nine months of 2021. The drug, which generated $12.1 billion in annual sales in 2020, was ranked as the fourth-best-selling drug in the world in 2020.

Revlimid has been in the market since 2006 and is indicated for myelodysplastic syndrome, multiple myeloma, lymphoma, follicular lymphoma.

The earliest licensed entry of any generic Revlimid in the U.S. is March 2022, according to the company.

Eliquis, developed by Bristol-Myers Squibb Co. (BMY) and Pfizer Inc. (PFE), has dropped 3 places to the 6th position with $8.09 billion in sales for the first nine months of 2021. The drug had clinched the third spot in 2020, generating global annual sales of $14.1 billion.

Approved to lower the risk of strokes and blood clots in people with an irregular heartbeat known as atrial fibrillation, Eliquis has patent protection at least until 2028, although generic versions of the drug have already secured tentative FDA approvals.

Since its launch in 2013, Imbruvica’s sales have increased significantly. In 2020, annual sales of Imbruvica were $9.44 billion and it was ranked sixth in the list of top-sellers.

Indicated for the treatment of macular degeneration, macular edema, and diabetic retinopathy, Eylea is poised to lose patent protection in 2023 in the U.S.

Stelara, developed by Johnson & Johnson’s (JNJ) Janssen Biotech Inc, generated global sales of $6.80 billion for the first nine months of 2021. The drug, which is approved for the treatment of plaque psoriasis, active psoriatic arthritis, active Crohn’s disease, and active ulcerative colitis, was launched in the market in 2009, and it hit the blockbuster status in 2012, reporting sales of $1.02 billion that year.

With expanded indications, sales of Stelara have gained momentum, and in 2020, the drug had clocked annual sales of $7.70 billion.

The U.S. patent on Stelara is scheduled to expire in September 2023, and development of biosimilar versions of the drug has already been undertaken by some companies.

Gilead Sciences Inc.’s (GILD) Biktarvy had total sales of $6.09 billion for the first nine months of 2021.

Biktarvy, which is indicated for the treatment of HIV, was launched in the market in February 2018, and it generated annual sales of $1.18 billion that year. With increasing treatment demand and net price, sales of this HIV drug have significantly increased over the years.

With annual sales of $7.26 billion, Biktarvy was occupying the ninth spot in 2020.

A generic version of Biktarvy, named Taffic, was launched in December 2019 in India and it is marketed and distributed by Hetero Healthcare there. No generic equivalents of the drug have been approved in the U.S. 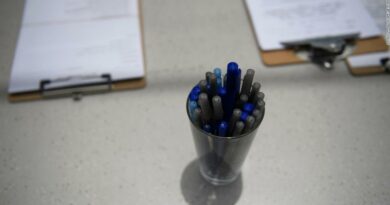 Inflation puts a strain on grocery shopping for Americans