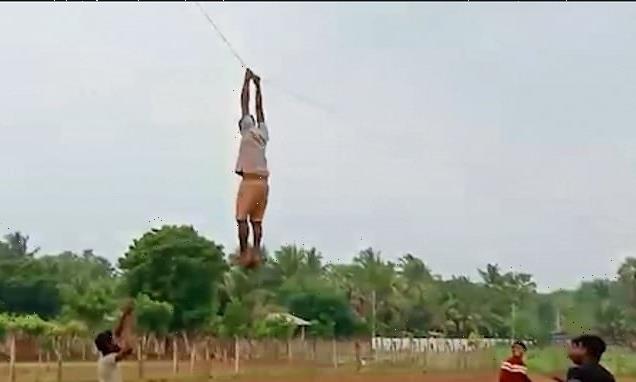 This is the heart-stopping moment a man was carried into the air after his friends let go of the rope leaving him dangling for more than a minute.

Nadarasa Manoharan was engaged in a kite-flying game when he was lifted more than 30 feet into the air in Point Pedro, Jaffna in Sri Lanka.

More than seven people were helping to fly the giant square kite which was being let out on a long stretch of rope. 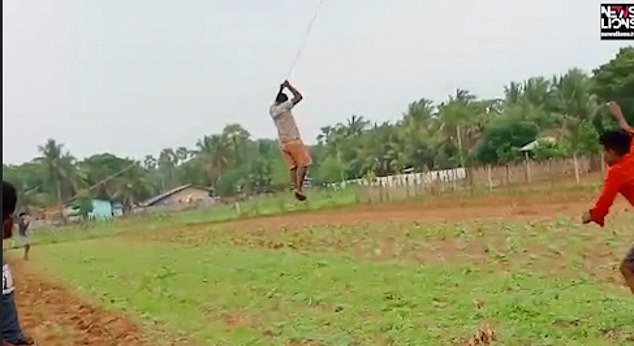 Nadarasa Manoharan was engaged in a kite-flying game when he was lifted more than 30 feet into the air in Point Pedro, Jaffna in Sri Lanka 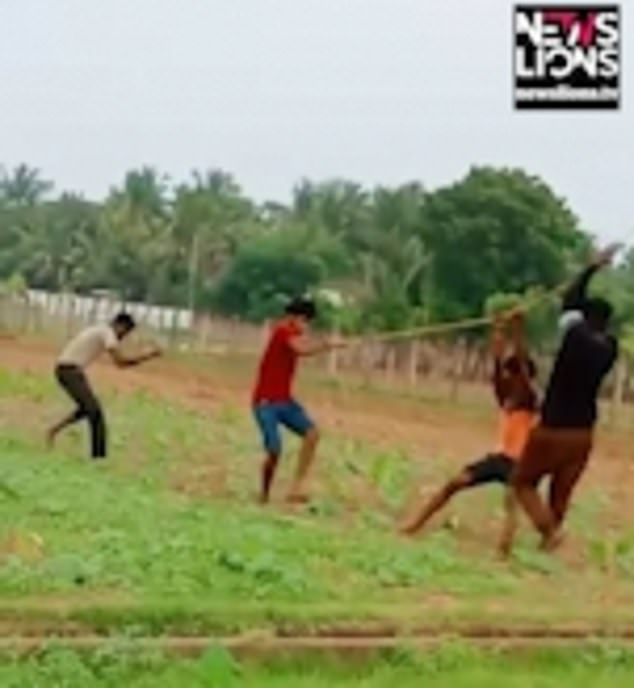 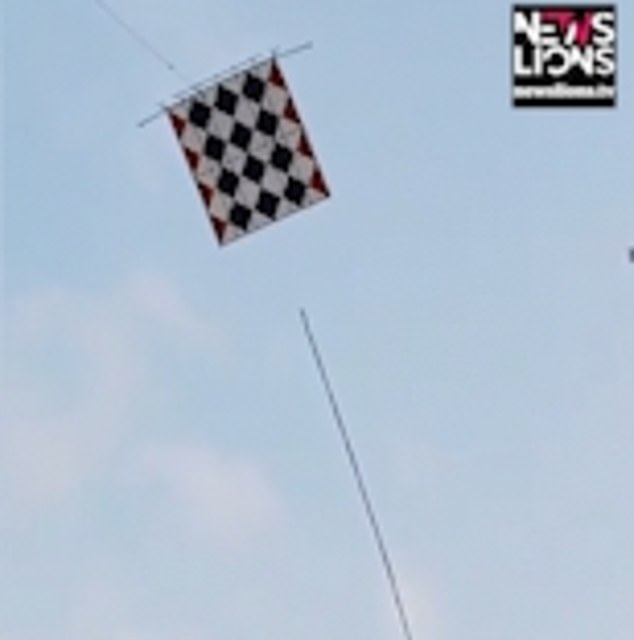 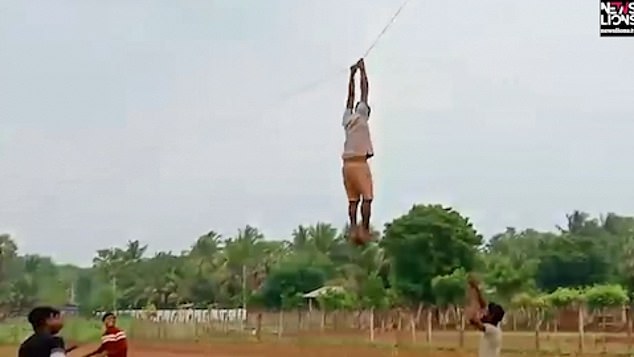 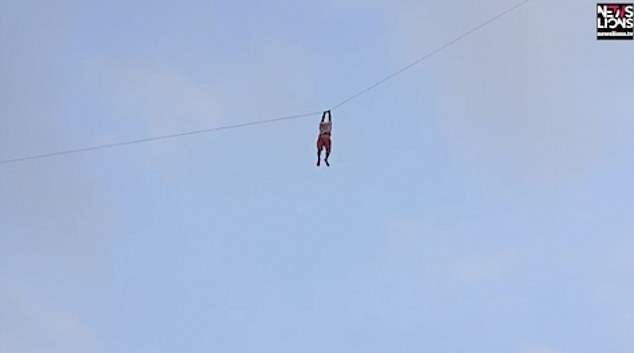 The team rotated further down the line like retreating infantrymen involved in a tactical withdrawal.

Unfortunately for Manoharan, at one stage he was the only person holding onto the rope and he started rapidly ascending.

Footage shows Manoharan grimly hanging onto the rope as the kite pulls him higher into the air.

Several of his friends try to pull him back to earth, but powerful gusts and the size of the kite continue to produce enough lift to keep Manoharan airborne.

At one stage he is more than 30 feet in the air and heading up. Luckily, his friends manage to counter the lift and start bringing him back down to earth.

However, while still approximately 15 feet above the ground Manoharan, who has been hanging onto the rope for more than a minute, lets go and plunges to earth.

The barefoot adventurer can be heard moaning as his friends rush over to provide him assistance. 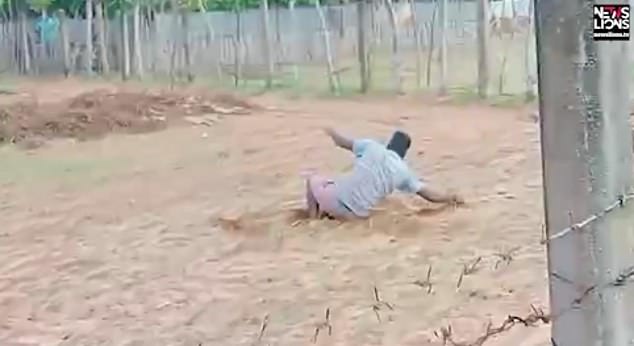 As he ascended, Manoharan looked down and let go of the rope, landing roughly in the field.

Amazingly, he only suffered minor injuries despite being barefoot.

He told local media that he refused to look down and only let go of the rope when his hands became numb.

In earlier incidents, an unidentified girl was taking part in a kite festival on Sunday at Nanliao harbour in Hsinchu City when she was caught up by a giant, long-tailed orange kite.

Footage from the scenes her twisting several times above a crowd of adults as they desperately struggle to pull her back down to earth.

Local reports suggest a group of people were able to catch her when she fell to the ground, with screams and yells filling the scene.

In Indonesia, a 12-year-old boy was swept up into the air by a kite – before plummeting head-first more than 30ft to the ground in front of horrified onlookers in Indonesia.

Video footage shows the boy being lifted off the ground, apparently tangled in the strings of the dragon kite, before it snaps, sending him plunging downwards in a field full of people in Pringsewu regency, Lampung.

While You Were Sleeping: 5 stories you might have missed, July 29