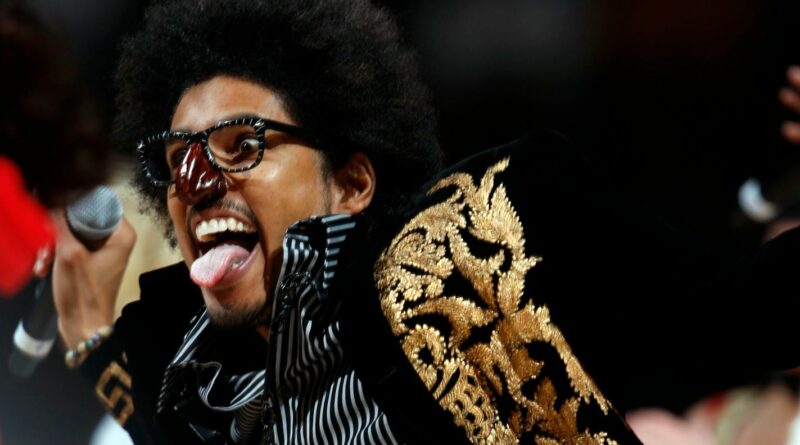 An intimate funeral service for the late rapper and producer, born Gregory Jacobs, was held at the Allen Temple A.M.E. Church in Tampa, Florida. The three-and-a-half-hour-long service was streamed live on the church’s website and Facebook page.

“I’ve always felt so much love from everyone in [Digital Underground] and I know that’s an extension of him,” his brother, Kent Racker, said during the service. “I’ve always felt so much love from everybody that he touched and no story is too small or too long and I would love to hear everyone, any story you have about him, they’re always about love… as his brother, it’s been a charmed life being a brother of Shock G. You think about what he’s done for friends, I was his brother. I’m going to miss him dearly.”

Other people in attendance, ranging from family, friends to musicians from the hip-hop community, took to the podium to share their reflections and stories about the late artist. Rapper Busta Rhymes, record producer Jermaine Dupri, singer CeeLo Green, and members of Digital Underground also appeared on the live stream of the service.

The late rapper who blended whimsical wordplay with reverence for ’70s funk as leader of the off-kilter hip-hop group Digital Underground, died at age 57 last month.

Nzazi Malonga, a longtime friend who served as head of security and helped manage the group, said Shock G was found unresponsive in a hotel room in Tampa, Florida, on April 22.

Malonga said the performer had struggled with drug addiction for years.

Digital Underground found fame with the Billboard Top 10 hit “Humpty Dance” in 1990, as Shock G donned a Groucho Marx-style fake nose and glasses to become one of his many alter egos, Humpty Hump. He initially maintained the flamboyant Humpty was a separate person and even did in-character interviews.

Digital Underground’s “Same Song” a year later served as 2Pac’s introduction to music fans, with Shock G handing the baton to the future megastar, who had been working as a roadie for Digital Underground: “2Pac, go ’head and rock this.”

At the time of his death, many took to social media to share tributes and pay their condolences.

Bay Area rapper E-40 wrote on Instagram, along with a photo of him and the late group member, “Rest up Shock G /Humpty Hump.”

Actress Viola Davis wrote on Twitter, “RIP Shock G. Thanks for the joy you gave me. Rest well.”

World’s largest Starbucks opens Friday in Chicago. What to know about the Reserve Roastery