The Ritz hotel, Moss Bros and Charlton Athletic among purchases during surge of private buyout deals

High net worth individuals (HNWI), those with assets of more than $30m (£22m), led 27 private buyout deals worth a combined £958m, according to research by the private wealth law firm Boodle Hatfield.

The value of UK buyout deals by these multimillionaires increased by 626%, compared with 2019, as “depressed valuations at the start of the Covid crisis proved to be a once-in-a-decade opportunity,” Kyra Motley, a partner at Boodle Hatfield, said.

“Theoretically, a HNWI should be able to move quicker on a transaction than a private equity house or a trade buyer, as they do not have to go through as lengthy a due-diligence process or seek approval from an investment committee,” Motley said.

The biggest such purchase was the Barclay brothers’ £800m sale of the Ritz to Abdulhadi Mana al-Hajri, a Qatari billionaire who is the brother-in-law of the Gulf state’s rulers, at the start of the coronavirus crisis in the UK in March last year. The sale led to a dispute within the family as some members claimed Sir Frederick Barclay’s nephews had sold the Ritz for “half the market price”.

Jeff Fairburn, the former Persimmon chief executive who left with a £75m bonus from the housebuilder in 2018, bought a controlling stake in Wetherby-based housebuilder Berkeley DeVeer.

The surge in private buyout deals comes as overall UK private equity deals dropped to their lowest levels since the 2008 economic crisis, according to separate research by consultants at KPMG. The number of deals fell from 1,200 in 2019 to 899 in 2020.

Motley predicted that those with the deepest pockets would continue to buy more companies this year.

“Successful entrepreneurs who are cash rich from exiting their own business are often driven to replicate their first success by buying and building a new business,” she said.

“They’ll be looking to pick up assets in the medium-term, particularly with the huge number of distressed assets likely to come onto the market in the second half of the year as government financial support schemes, such as furlough, come to an end.” 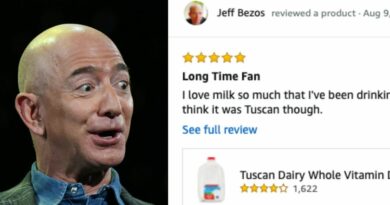 Before Jeff Bezos became the richest person on the planet, he used to write entertaining Amazon reviews. Read them here.